This prank gets users locked out of their Twitter accounts

Let’s just get one thing straight – you need to be 13 and above to be able to create a Twitter account.

There is a new prank making its rounds on the social media platform, asking users to change their birth year to 2007 which reportedly will unlock admin privileges and let them change the colour of their tweets. Except that changing the year makes the user 12, and they will promptly get shut out from their own Twitter accounts.

Don’t laugh, you’ll be surprised to find out just how many people fell for this silly prank who ironically took to Twitter to warn others. 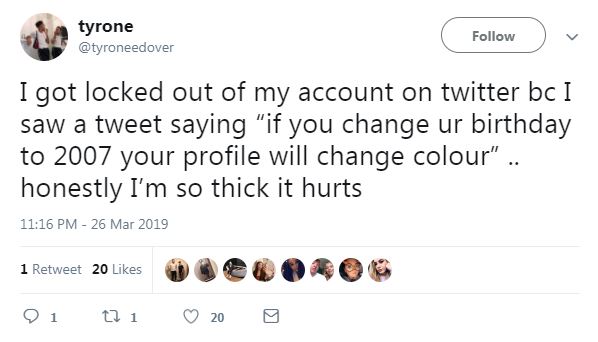 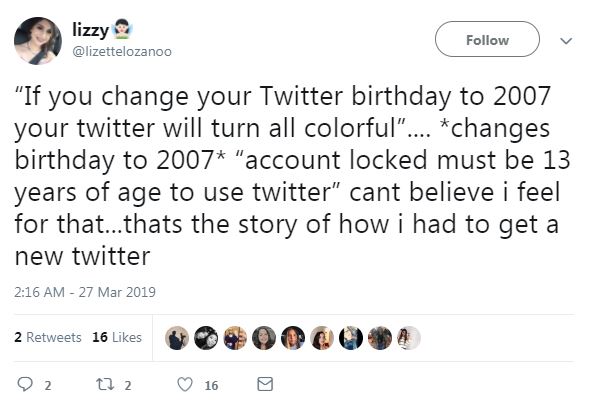 There is no indication as to how or when this prank started, but it has been happening enough times for Twitter to post a reminder to its users to not fall for the scam. As for those who already fell for it, Twitter tells them to follow the instructions that were sent to them after they got locked out. 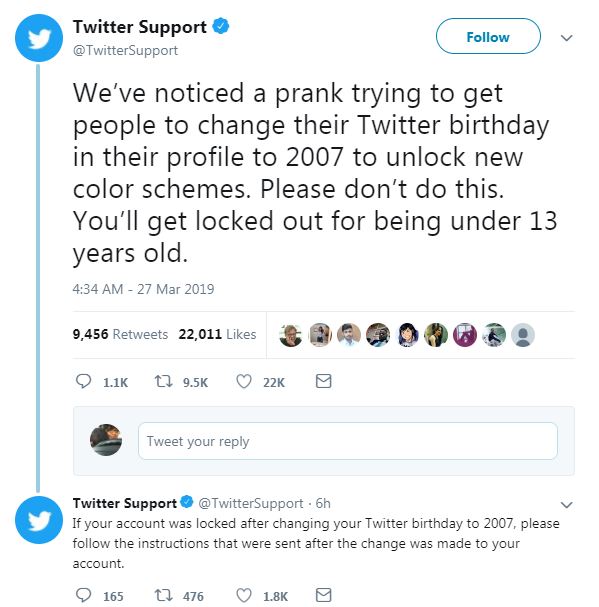