LawTech Malaysia aims to show lawyers the potential of legal tech through education and by connecting them to technologists via workshops and hackathons.

“Generally, what lawyers need are similar from firm to firm – they tend to be paper heavy and need more efficient processes and practice management solutions. Meanwhile, the public could do with a legal market place,” says Adeline Chin, LawTech Malaysia’s strategy lead. 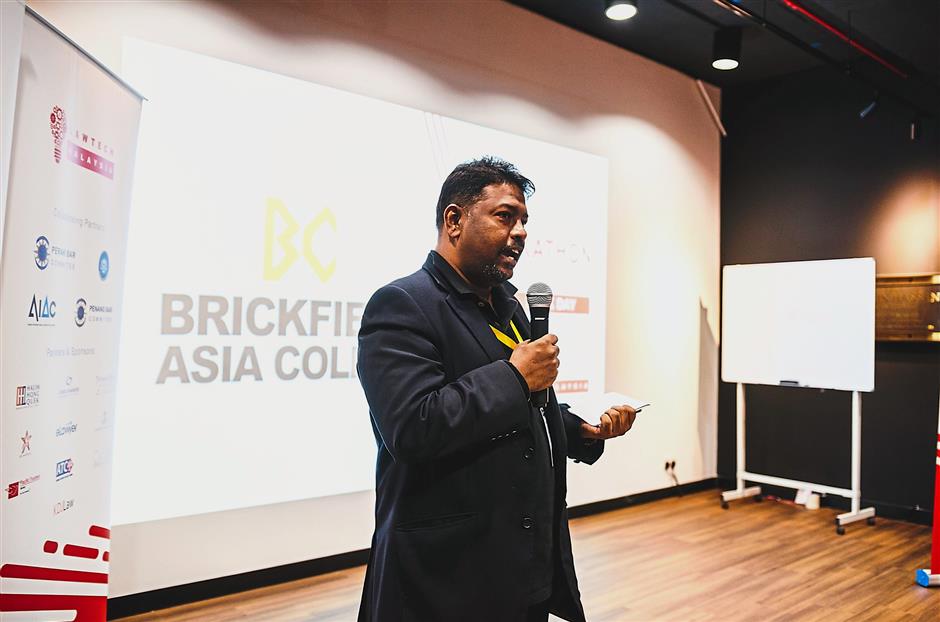 Beyond solving what lawyers need, the hackaton was an opportunity for LawTech Malaysia to improve ties with the Bar Council. So far, it has gained traction with the Perak Bar, Penang Bar, Sabah Law Society and Asian International Arbitration Centre, all of which joined as collaborating partners, in addition to law schools and firms that sponsored the event.

The winning pitch at the hackathon was a contract automation chatbot called AskLaw by second-year law student from Brickfields Asia College Brandon Choo, and developers Alan Lim and Zinc Chuang.

It aims to ease the process of drafting contracts especially in the area of conveyancing. It works by talking a user through filling a document by asking for necessary details and ensuring the contract is not lacking relevant clauses or information.

“You would be surprised how messy a law firm can be if you’re working behind the scenes. The process of drafting a contract can be long and tedious, but the workload can definitely be decreased if procedures were digitised as errors can be spotted more easily and terms or words may be found through keywords,” he says. 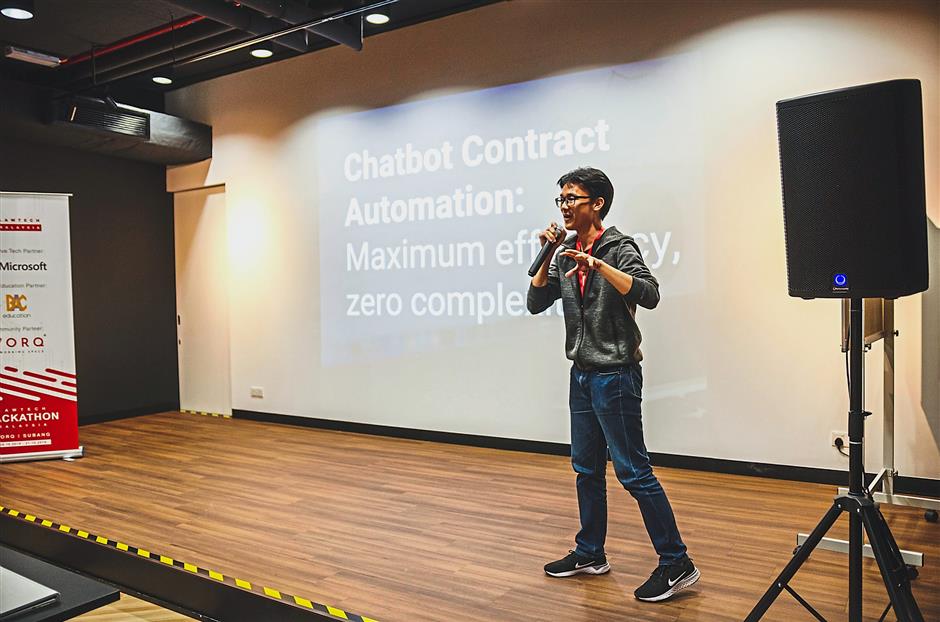 Intellectual Property lawyer Joshua Teo joined a programming workshop due to his interest in technology and because he kept hearing that Artificial Intelligence (AI) will replace jobs.

“It’s the same argument people made about machines replacing factory workers. But while mechanical tasks can be taken over, a lawyer’s oversight and authority to sign off on a matter is still a necessity,” he says.

Teo believes AI would offer a massive boost to productivity, allowing for smarter searches through mountains of documents, as today’s search functions are unable to contextualise or understand short-forms used by lawyers.

A lawyer for seven years, he says younger lawyers have been more welcoming of legal tech.

He notes that the Bar Council has tended to be cautious at it is a regulator, and has to address its members’ concerns that technology could put lawyers out of a job.