Sit up straight! Rather than scolding yourself or others for a poor posture, you're better off exaggerating a poor posture. It won't take long before you realise just how bad it is for your body, researchers say.

To learn proper, strain-free posture while working at a computer, you should try sitting at the screen for a while with exaggeratedly poor posture to experience the effects, a team of American and Dutch researchers suggests.

“When your posture is tall and erect, the muscles of your back can easily support the weight of your head and neck – as much as 12 pounds (5.4kg),” says Erik Peper, a professor of holistic health at San Francisco State University and co-author of the team's findings in the US-based journal Biofeedback.

“But when your head juts forward at a 45-degree angle, your neck acts like a fulcrum – like a long lever lifting a heavy object. Now the muscle weight of your head and neck is the equivalent of about 45 pounds. It's not surprising people get stiff necks and shoulder and back pain.”

In their first study, the researchers asked 87 student volunteers to sit with their heads properly aligned directly over their necks, and to rotate them from side to side. Next, they had to jut their heads forward and then rotate them. Ninety-two per cent of the participants reported their range of motion to be significantly greater in the first position.

In a second study, 125 students were asked to bring their chins forward and “scrunch” their necks for 30 seconds. Afterwards, more than 98% of them reported either pressure in their head, headaches, a stiff neck or eye tension.

The researchers also monitored 12 students with electromyography equipment and found that neck muscle tension increased in the head-forward and scrunched-neck positions, while tension in the trapezius muscles on each side of the upper back increased in the latter position.

“Most participants were totally surprised that 30 seconds of neck scrunching would rapidly increase symptoms and induce discomfort,” the researchers write. “Feeling and seeing – self-experience – is much more powerful than telling participants to adjust their postures.”

To increase body awareness of proper computer posture, Peper recommends intentionally assuming a neck-scrunched/head-forward position. “You can exaggerate the position and experience the symptoms,” he says. “Then when you find yourself doing it, you can become aware and stop.”

To avoid having to jut your head forward to look down at a computer laptop screen, the researchers suggest having a detachable keyboard and placing the laptop on a stand so that it's at eye level. – dpa 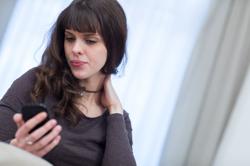 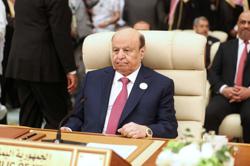