ByteDance, the company behind TikTok video app, looks beyond entertainment with a move into education

By Meng Jing and Yingzhi Yang

The move is the company

ByteDance, which attracted a huge fan base of teenagers with its short video app Tik Tok, is developing a more serious side to its business that the fun-loving younger generation may not care for – online education.

The Beijing-based ByteDance, the world’s most valuable unlisted startup, confirmed on Jan 22 that it has acquired certain patents from Chinese smartphone maker Smartisan to “explore the education business”, without disclosing details.

The deal will see some Smartisan employees join ByteDance as part of the “normal flow of talent”, ByteDance said in a statement in response to earlier speculation that it would fully acquire the financially struggling smartphone maker.

The move is the company’s latest attempt to expand into the education sector amid Beijing’s tightened cyberspace controls that require short video app operators to more heavily censor their content.

Slower growth in the world’s second largest economy is also likely to hit ByteDance, which relies heavily on advertising income generated from its core content businesses such as short videos and news. ByteDance barely met its 2018 revenue target of 50bil yuan (RM30.46bil) to 55bil yuan (RM33.51bil) after a sharper-than-projected slowdown in advertising growth dampened by the country’s deteriorating economy, according to a Bloomberg report earlier this month.

“Unlike its competitor Baidu, which can use its search engine to reach the entire internet population, ByteDance has to move beyond content and tackle each business sector one by one to serve more users,” said Xie Pu, founder of tech website Techie Crab.

In May last year, the company made its first foray into education with the beta launch of Gogokid, a tutoring platform where Chinese children are taught English online by foreign teachers. At the start of this year ByteDance launched a paid content app called Haohao Xuexi, which literally means “study hard”. The app offers a variety of content covering career advice, parenting, culture, wealth management, as well as audiobooks.

Six-year-old Bytedance secured a US$75bil (RM310.17bil) valuation in its most recent fundraising round, vaulting it past Uber Technologies in the global unicorn rankings, after attracting backing from SoftBank Group, KKR & Co. and General Atlantic.

Founded by 35-year-old Zhang Yiming, ByteDance has evolved into a multi-faceted content empire spanning Tik Tok – known as Douyin in China – and other platforms for news, humour to celebrity gossip. Tik Tok and Douyin had a combined 500 million monthly active users as of July.

The crackdown is expected to increase the workload of short video operators like ByteDance as they are now required to shoulder more responsibility for content censorship on their platforms. – South China Morning Post 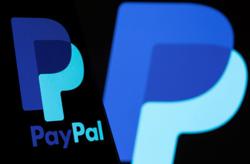