‘Red Dead Redemption 2’, ‘Monster Hunter World’ among the best games of the year 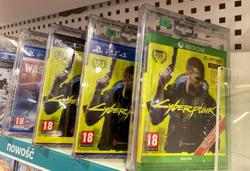 Red Dead Redemption 2 cast an enormous shadow over 2018. One of the most anticipated videogames ever shifted rival games' release dates and dominated conversation. It's a type of project that sucked up all the air in the room.

That's not to say the rest of 2018 was forgettable. Far from it, the year was one of the stronger ones, dominated by sequels and revamps of old standbys. This is the point in a console generation when studios have mastered the hardware, and they're pushing the limits of what they can offer. Here are my top 10 games for 2018:

1. Red Dead Redemption 2: Rockstar Games hasn't published a game in five years, so the hype behind this project was palpable. This chapter of the Wild West saga is a prequel that follows the Van der Linde gang and takes players to a lush vision of the age. It features characters from the original game, including John Marston, but the campaign mostly follows the exploits of Arthur Morgan, the leader's right-hand man.

Red Dead Redemption 2 sets the bar for graphics with Rockstar crafting a world that's stunningly realistic. The setting pops off the screen with detailed realism that begs to be explored. Combine this with an epic tale about the fading world of the Wild West and this sequel is the most memorable game of the year.

2. Monster Hunter World: Capcom has always had problem translating the magic of its popular series from Japan to US audiences. With this entry to the series, the team finally gets it right. The developers streamlined the more cumbersome and onerous aspects of the game, so players can concentrate on the skilful ways they can slay enormous creatures in a complex fantasy ecosystem.

3. God of War: Fans remember Kratos as a raging monster who took down the Greek gods. This revamp follows the Ghost of Sparta in the next chapter of his life. He is a father raising a son named Atreus and he's found a life in a world dominated by the Norse gods. Santa Monica Studios weaves gameplay and narrative tightly together through combat and level design to create a compelling campaign that's unified by the themes of parenting.

4. Call of Duty: Black Ops 2: The past few entries to this blockbuster franchises have been disappointing, but Treyarch turned the series around with this sequel. The team essentially did away with the single-player campaign in favour of a robust set of multiplayer modes. That's highlighted by Blackout, which is a refined version of the battle royale format that has come to dominate online gaming. Think of it as Fortnite with quick and addictive gameplay one would expect from Call of Duty.

5. Assassin's Creed Odyssey: Ubisoft's first attempt to refresh its flagship series was a good but flawed. Fortunately, this sequel finally gets the formula right. Odyssey takes players to ancient Greece, where they take on the role of either Kassandra or Alexios, two Spartan children with a curious heritage. Players must solve the mystery behind the family history as well as save the Hellenic world using a combat system that's more refined and fun to play compared with Origins.

6. Super Smash Bros. Ultimate: Bigger is indeed better with the latest sequel to the beloved fighting game franchise. With a roster of 74 playable characters and 103 stages, this offering gives fans more of what they love. The surprising addition is the World of Light single-player campaign that has as much depth as most role-playing games. Throw in all the other modes and online play and there's a lot to keep video game fans across many franchises happy.

7. Spider-Man: After several years of trying to make the perfect Spider-Man game, Insomniac pulls off the feat with aplomb. The developer is a master at making locomotion – the process of getting from Point A to Point B fun – and they nail it with Spider-Man's web slinging. The story that focuses on Peter Parker as a young adult also gives players a new perspective on everyone's favourite webhead.

8. Valkyria Chronicles 4: The cult classic strategy game from 2008 finally gets a legitimate sequel. Sega brings back the turn-based battle mechanics that made the original addictively fun while adding new elements such as weather mechanics and the grenadier class. Valkyria Chronicles 4's narrative follows Squad E, which plays a pivotal role in the Second European War. Inspired by the Russian front of World War II, this strategy game based in a fantasy world echoes some of the larger themes of that conflict.

9. Pokémon: Let's Go, Pikachu! and Pokémon: Let's Go, Eevee!: With the success of Pokémon Go, Game Freak had to find a way to bring a new wave of fans into the main series of games. The solution was a drastic update to how players catch the pocket monsters. That change coincided with the series' first major entry on the Nintendo Switch. The result is a game that brings newcomers and veterans fans deeper into the Pokémon world.

10. Octopath Traveler: Music does a lot for videogames. It evokes memories. It sticks with players long after the game is finished. With one of the best soundtracks in a long time and graphics that harken back to the golden age of Japanese role-playing games, this unusual title gives fans a heavy dose of nostalgia while also offering new mechanics and storytelling tricks. – The San Jose Mercury News/Tribune News Service 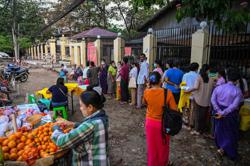 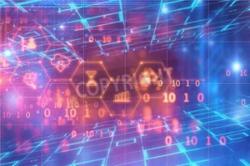