MCMC to have new chairman, expected to shake up telecoms sector KUALA LUMPUR: Low-key corporate executive Al-Ishsal Ishak is the next chairman of the Malaysian Commission for Multimedia and Communications (MCMC).

Communications and Multimedia Minister Gobind Singh Deo signed off on Al-Ishsal’s appointment earlier this month and his two-year contract takes effect from Tuesday (Sept 18), government officials with direct knowledge of the matter told The Straits Times.

The appointment of the 49-year-old who is currently the chief executive officer of national postal group, Pos Malaysia Bhd, underscores the commitment of Prime Minister Tun Dr Mahathir Mohamad’s new administration to drive greater liberalisation in the telco and media businesses that have long been politicised under the previous Barisan Nasional coalition government, said senior industry executives and government officials close to the situation.

Al-Ishsal could not be reached for immediate comment. Close acquaintances say he was largely involved in digital startups since the late 1990s and also served in senior executive positions at McCann Ericsson Worldgroup as well as the Kuwaiti-owned Baraka Telecom.

Industry executives noted that the appointment of an industry newcomer to MCMC is aimed at eradicating measures taken by the previous Datuk Seri Najib Tun Razak administration which used the regulatory agency to come down hard on critical news websites and online publications aligned to opposition political groups.

Among other things, the new government wants to push for the speedy introduction of cheaper broadband rates and faster Internet speeds for consumers. The officials say Al-Ishsal has until end-December to implement the lower service charges. – The Straits Times/Asia News Network 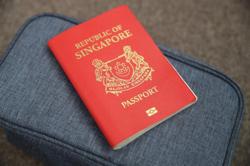