There's no need to buy a brand-new car if you want to use smartphone apps like Apple CarPlay, Android Auto or MirrorLink – these systems can be made to function in older vehicles, thanks to after-market kits and gadgets. — dpa

There's no need to buy a brand-new car if you want to use smartphone apps like Apple CarPlay, Android Auto or MirrorLink.

These systems can be made to function in older vehicles, thanks to aftermarket kits and gadgets. On more modern cars, entertainment set-ups can also be upgraded to include the handy features.

Apple's CarPlay, for instance, lets you connect an iPhone and use iOS apps on the dashboard display. You can use Apple Maps for navigation, access your iTunes library or send texts via voice command.

Android Auto can also do almost anything an Android phone can do on its own, but it too has been integrated into an automotive setting.

How do you go about putting CarPlay into your car? Well, it can get a little complicated, and unless you are a dab hand with car electrics, the work might be beyond your abilities. Fitting is best left to a certified shop.

First, you require a standard radio slot to take the main head unit. A double DIN is usually needed so that the display system can tune in to the original hardware.

Some companies, like Germany's Volkswagen and BMW, make retrofitting easy, provided the car is not too long in the tooth. "Several Volkswagen models from 2016 can be retrofitted with no trouble," says Christian Buric, a spokesman for Germany's giant ADAC motoring club.

There are aftermarket systems for a wide range of cars from makers like Kenwood, Pionier, Sony, Alpine or Zenec.

In some cases, the upgrades mimic the original equipment and come with names like Navitainer, Naviceiver or Infotainer. More expensive versions will be able to control features like the air conditioning and heated seats. The ACV club recommends getting detailed advice from a supplier on just what functions will work on your car.

Another point to look for is whether functions that can be controlled from the multifunctional steering wheel, such as for infotainment and vehicle information, will still work with an aftermarket unit.

Naturally the smartphone itself needs to be compatible, and that might entail an update to the current operating system.

Apple says CarPlay will work from an iPhone 5 upwards.

If the compatibility is fine, drivers can enjoy a whole raft of new experiences besides just phone calls. On a road trip, the integrated maps, entertainment, and messaging features will show their value.

A microphone allows you to use voice commands and take phone calls without having to touch your phone or type on the touchscreen.

Apple's Siri voice assistant also gives you access to iTunes for music, podcasts and radio, as well as third-party apps like Spotify.

"It's better to pay a bit more from a reputable supplier, since the device is bound to be compatible and the after-sales service will be better," says Buric.

Don't forget that many of the apps require an Internet connection, which will require more power and storage capacity, along with a stable connection. — dpa 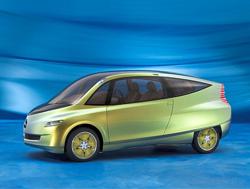