A man uses an iPad device in a coffee shop in Hanoi, Vietnam May 18, 2018. REUTERS/Kham

The bill, which is due to take effect from Jan 1, sparked outcry from activists, who say it is a chokehold on free speech in a country where there is no independent press and where Facebook is a crucial lifeline for bloggers.

The world’s leading social media site has 53 million users in Vietnam, a country of 93 million.

Many activists are now turning to Minds, a US-based open-source platform, fearing Facebook could be complying with the new rules.

”We want to keep our independent voice and we also want to make a point to Facebook that we’re not going to accept any censorship,” Tran Vi, editor of activist site The Vietnamese, which is blocked in Vietnam, told AFP from Taiwan.

Nguyen Chi Tuyen, an activist better known by his online handle Anh Chi, says he has moved to Minds as a secure alternative, though he will continue using Facebook and Twitter.

“It’s more anonymous and a secretive platform,” he said of Minds.

He has previously had to hand over personal details to Facebook to verify his identity and now fears that information could be used against him.

About 100,000 new active users have registered in Vietnam in less than a week, many posting on politics and current affairs, Minds founder and CEO Bill Ottman told AFP.

“This new cybersecurity law is scaring a lot of people for good reason,” he said from Connecticut.

“It’s certainly scary to think that you could not only be censored but have your private conversations given to a government that you don’t know what they’re going to use that for.”

The surge of new users from Vietnam now accounts for nearly 10% of Minds total user base of about 1.1 million.

Users are not required to register with personal data and all chats are encrypted.

In its unabashed defence of the new law, Vietnam has said it is aimed at protecting the regime and avoiding a “colour revolution”, but refused to comment on July 5.

Facebook told AFP it is reviewing the law and says it considers government requests to take down information in line with its Community Standards – and pushes back when possible.

Google declined to comment on the new law when asked by AFP, but their latest Transparency report showed that it had received 67 separate requests from the Vietnamese government to remove more than 6,500 items since 2009, the majority since early last year.

Most were taken down, though Google does not provide precise data on content removal compliance.

“It’s like burning books, it just causes more attention to be brought to those issues and it further radicalises those users because they’re so upset that they’re getting censored,” he said. — AFP 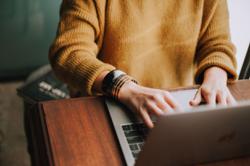