The shopping tags feature will be available for merchants in Instagram Stories.

Instagram is expanding its shopping features, allowing merchants to add shopping tags to their social media posts as the US photo and video-sharing giant takes a leaf out of the book of Chinese social commerce networks.

The shopping tags feature will be available for merchants in Instagram Stories, a popular feature where users can post videos and pictures that are valid for only 24 hours. According to Instagram, over 300 million users view the Stories feature daily and a recent survey showed that they do so to “stay in-the-know with brands they’re interested in, get an insider view of products they like and find out about new products that are relevant to them.”

Shopping tags that link directly to a product listing are not new: China’s social commerce companies have been using them since 2015, and Facebook tried something similar in the same year.

China’s boom in online shopping and its penchant for social networks has seen companies such as Pinduoduo and Xiaohongshu tap the so-called Social+ business model where they offer e-commerce services underpinned primarily by a social community. Pinduoduo, which offers group buying discounts in the manner of Groupon in the US, has more 300 million paying customers.

Xiaohongshu, which has its roots in a social community for Chinese users to discuss and share overseas and cross-border shopping tips, first implemented shoppable tags around 2016.

The Shanghai-based social commerce firm, with 80 million users, is popular as a platform to discuss cosmetics and skincare products, with users able to share photos of their latest purchases on their feed, tagging the name and brand of each item before linking it to a product listing page within Xiaohongshu.

In 2015 Alibaba Group’s Tmall marketplace experimented with putting shoppable tags on its “Fun” page within the site’s mobile app, where users could show off their purchases and add tags to the photos.

In the US, combining e-commerce and social media has long been something that social networking companies have grappled with.

In 2015, Facebook allowed certain brands to open a “shop” section on their Facebook pages, displaying products that customers could buy without leaving Facebook itself. However, user reception was lukewarm and the shops were closed within a year.

Since then, Facebook, and its subsidiary Instagram, as well as Twitter and Google, have all experimented with call-to-action advertisements with “Buy” buttons that let users purchase an advertised item as they seek to encourage more e-commerce and advertising engagement on their platforms. — South China Morning Post 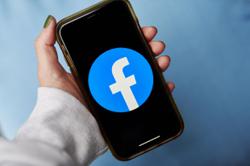