By Karolina Tagaris And Lefteris Papadimas

Sunglasses made by processed leaves of seagrass, in partnership with Greek handmade eyewear maker ZYLO, are on display at the manufacturing workshop of PHEE in Patras, Greece, March 8, 2018. Picture taken March 8, 2018. REUTERS/Alkis Konstantinidis

ATHENS/PATRAS, Greece: Greek student Stavros Tsompanidis was walking on a beach when he saw a business idea in the piles of dried-up seagrass.

He decided to recycle it to make iPhone cases, sunglasses and gift boxes.

Four years on, his startup, PHEE, sells its products across Greece and abroad. He represents a change in mindset among young Greeks who are turning to entrepreneurship as a result of the crisis.

“If we don't act, in the next five years we'll be saying the same things: that Greece isn't going well, that there are no jobs ... that we have a new programme by the International Monetary Fund and European Union to support us,” the 25-year-old said. Tsompanidis, 25, arranges dried leaves of seagrass on a panel at the manufacturing workshop of PHEE in Patras, Greece.

Greek startups are mushrooming in a financial crisis that started in 2008. The economy is only just recovering. It shrank by a quarter and cut off traditional routes to employment – jobs in government and family businesses.

“Startups” were virtually unheard of a decade ago but they are now creating jobs and offering some hope that Greece can reverse an exodus of its highly skilled youth.

Greece has no official startups register but several private databases show they number between around 600 and 1,100. The earliest count of startups, made in 2010 by non-profit advisory Endeavour Greece, stood at just 16.

Venture capital in the sector is growing.

A European Investment Fund (EIF) initiative, supported by private investors, is expected to pump about €400mil (RM1.88bil) into Greek startups and other small businesses over the next five years. 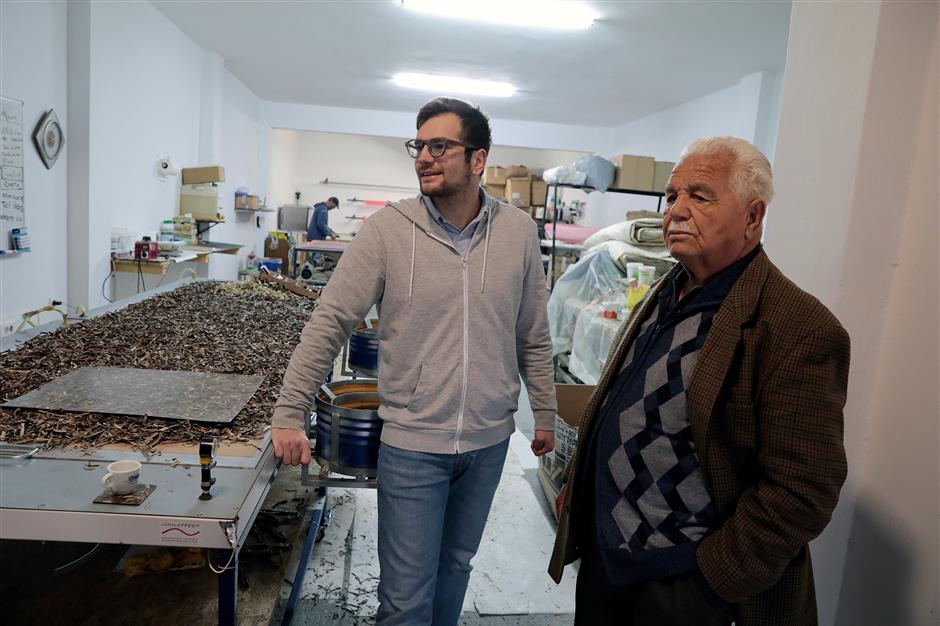 Tsompanidis, 25, and his grandfather Dimitrios Papaderos, 93, are seen at the manufacturing workshop of PHEE in Patras, Greece.

In 2008, when George Tziralis, a partner at Marathon VC, launched a networking event for startups, about 12 people turned up. Now, between 200-300 people attend each month and three to five new startups are presented.

“Ten years ago there was almost nothing,” Tziralis said. “Today we're seeing something much more mature which we believe to be the tip of the iceberg.”

Marathon VC has made five investments so far, has three more in the pipeline and Tziralis believes it can allocate its entire €32mil (RM150.92mil) fund in under a year.

“It couldn't get worse”

Tourism and shipping, Greece's two main industries, are driving a tentative economic recovery. The structure of the economy could change if the number of startups continues to grow, economists say.

During the crisis thousands of firms shut and unemployment peaked at 27.9%, with six in 10 young job-seekers out of work. About 223,000 Greeks aged 25-39 emigrated in 2008-13 to richer countries, central bank data shows.

The austerity that was a condition of repeated international financial bailouts deepened the depression. Those who stayed in Greece had to innovate to survive. 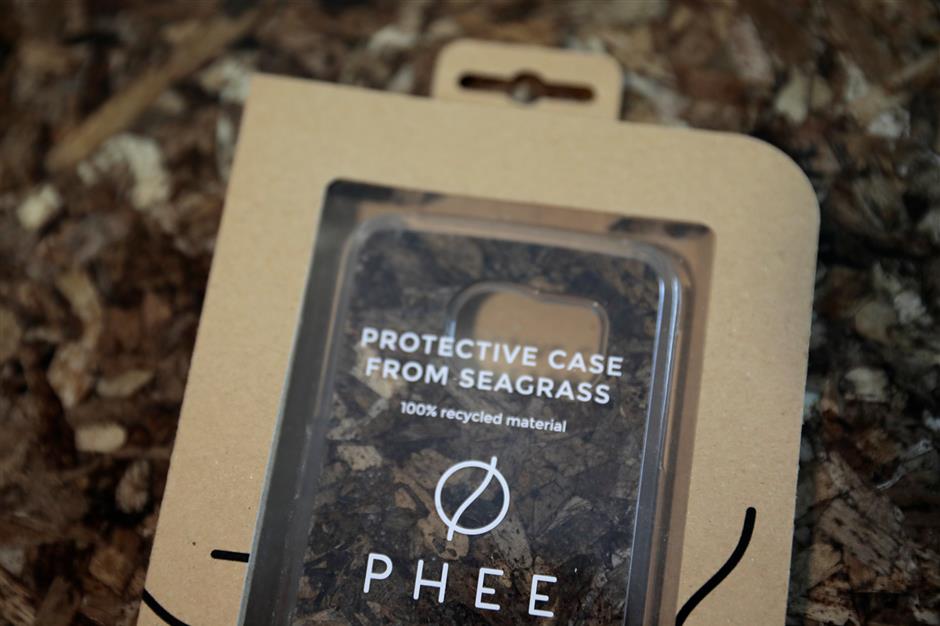 A mobile phone case made from processed leaves of seagrass in a bio-polymer frame is on display at the manufacturing workshop of PHEE in Patras, Greece.

Greek lender National Bank says the tech startup sector is showing particular promise even though it only has a total valuation of around €300mil (RM1.41bil).

“The Greek ecosystem of tech startups is still in its infancy though it already shows signs of high growth potential,” it said in a report.

Three engineers founded Ex Machina, a software startup offering predictive analytics for weather-sensitive industries in the summer of 2015 when capital controls were imposed..

“We wanted to take more risk because we believed that – the way things were – it couldn't get worse,” said one of the founders, 38-year-old Manolis Nikiforakis.

He was speaking in Ex Machina's Athens office in Greek lender Eurobank's startup hub EGG, where cubicle walls are covered in business plans and Post-it notes.

Ex Machina now has Greece's biggest gas supplier among its customers and is in talks for funding to expand abroad.

The owners of Ex Machina and other startups say they have succeeded despite the constraints of Greece's business environment. Red tape, high taxes and funding constraints are holding back entrepreneurs, they say.

Greece ranks 87th out of 137 countries in the World Economic Forum's Global Competitiveness Index, behind Tajikistan and Ukraine. Taxation, which has climbed as a result of austerity, and crippling bureaucracy are cited among hurdles to business.

It took Ex Machina three months to open a bank account so clients could not pay them. Funding was scarce as Greek investors were used to more traditional sectors such as restaurants and tourism. Ex Machina and PHEE, both relied on savings, grants and winning startup competitions at first.

The Greeks behind taxi-hailing app Beat, bought by Germany's Daimler last year, set up in London because of the more flexible legal framework and lower start-up costs.

“I tried to see with my accountant how long it would take to open the company in Greece, to open a bank account, and then get the money,” Beat’s founder Nikos Drandakis told the Greek parliament in March.

“We were talking about more than one to two months... We opened the company in England in one day.”

The government is considering introducing tax breaks for startups this summer.

“The economy's growth depends on how well these businesses fair in the next 10 years,” Eurobank Deputy CEO Stavros Ioannou said. “We have to help them.”

The government teamed up in April with the EIF to launch Equifund, the €400mil (RM1.88bil) fund-of-funds aimed at startups and other small companies. About a quarter of the money will be from private investors, the rest will be public funds.

The EIF said in an e-mailed statement it hoped to fight “brain drain, maybe even reversing it into brain gain”.

The money should focus on helping startups expand beyond the Greek market, said Costas Andripoulos, professor of Innovation and Entrepreneurship at London's Cass Business School.

Workable, a startup whose software aims to make hiring easier, was launched in Athens in 2012. It now has offices in London and Boston and 180 staff, most of whom are in Greece.

It has raised US$32mil (RM125.90mil) from investors and counts Porsche, Ryanair and Marks & Spencer among its 6,000 customers.

Workable’s Nikos Moraitakis quit a job in Dubai to set up Workable in Athens despite Greece’s problems.

“Successful (startups) are often created in recession,” he said. — Reuters