Refill app: This company will bring the petrol pump to you

If you could use an app to send someone to fill your car's empty petrol tank while you were at work, would you do it?

It's a bet based on an underground service that's operated in Miami for years: Having a truck come by with a guy dragging a hose across your yard to fill up your boat.

But, as Fuel founder Jorge Camaraza Jr. points out, “There are a lot more cars on the street than boats.”

Camaraza's Cuban father came to Miami in the mid-80s to work in the city's then-booming textile industry. When he was old enough, Camaraza and his father decided to found their own company, Vertical Textiles, at the southern edge of Hialeah. The younger Camaraza ran the company for about nine years before founding Fuel, which now operates out of the CIC coworking space in Allapattah.

Fuel's first angel investor was John Fox, a former vice-president at Royal Caribbean. Thanks in part to Fox's rolodex, Camaraza says, Fuel has agreements to serve as a company perk at Royal Caribbean, Carnival, Perry Ellis, and University of Miami Health, among others.

Now, Fuel has its eyes set on the rest of the country. In March, the company announced it had raised US$2mil (RM7.73mil) from Japan's SoftBank and New York's Lerer Hippeau investment funds. The plan is to expand up through Florida and beyond.

“Jorge has had success building companies in challenging spaces, such as large scale textile manufacturing, and he'll translate his varied experience as an operator to reimagine refuelling with Neighbourhood Fuel,” Lerer Hippeau said in a blog post about its investment. “He's meeting an immediate need in Miami and the surrounding area that will be increasingly prevalent in large cities across the US in the years ahead.”

There is no extra cost to using the Fuel app – you pay the same as you would at the pump.

The question is whether people will shift their refuelling habits. For a driving-obsessed community that can't even be bothered to use turn signals, some might question whether Miami is the right place to launch such a business.

But Camaraza is confident that Fuel will catch on. It currently employs 19 people and expects to have 60 workers by the end of the year as it expands across the state. It also gained credibility at companies like Royal Caribbean by providing fuel during Hurricane Irma.

Camaraza declined to give revenue or talk about the number of users, but he said Fuel is working with more than 100 companies in Dade and Broward.

“Why give our time to something we don't have to give it to ... especially if it's not costing anymore,” he says. — Miami Herald/Tribune News Service 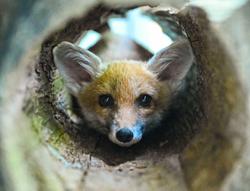 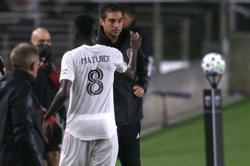