How to stop contactless cards competing in your wallet 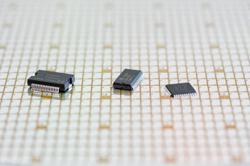 In these days of access cards for work, travel cards for public transport and contactless payment cards, "card clash" is a very real problem.

Contactless cards are convenient, but they can sometimes malfunction if they are kept close together in a wallet.

The issues affect cards that use technologies like NFC (Near Field Communication) and RFID (Radio-Frequency Identification). These allow an automatic data transfer across short distances with a compatible reader.

The connection between the reader and the card is created using induction. The terminal sends electromagnetic waves, which briefly supply the chip in the card with power, thereby activating it.

The necessary data for payment or to open the door is then transmitted. But if the terminal receives answers from several cards, it can get confused.

Transport for London (TFL) calls this phenomenon "card clash." In this case, the problem concerns Oyster travel cards and contactless payment cards. If these are next to each other in a wallet and held near to a card reader, payments might not work at all, or could be charged to the wrong card, or two cards.

TFL was one of the first companies to observe the phenomenon of "card clash" on a large scale.

Experts say consumers don't have to worry so much about double debiting at the supermarket checkout. If the reader at the till receives information from two cards, an error message will be displayed, says Ingo Limburg from Euro Kartensysteme.

The terminal will then abort the payment process and you will be asked to present one of the cards again, he says.

The phenomenon can also occur at entrances to buildings with card readers. If the door won't open, the best thing to do is take the card out of the wallet and hold it near the reader.

And it's not just competing cards that can cause disruption – metal impairs the connection considerably. "Coins effectively form a wall," says Limburg. The effect is even more pronounced if the chip card is in a metal case.

The passive cards do not transmit of their own accord, says Limburg. The chip in the card can only start to work when it receives "energy" from the reader.

Contactless payment cards are also increasingly common. This means that instead of inserting the card into a terminal, it is held near to it. Cards like this are usually marked with a symbol depicting four waves, similar to the WiFi symbol.

And if, against the odds, a payment should be debited twice? Then you should approach your bank with your bank statements, says Marc Fliehe from IT industry association Bitkom. The bank can then reverse one of the payments. — dpa 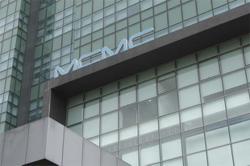 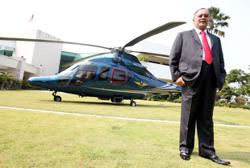