Doctor2U is the primary focus of Ali Health, a member of  the BP Healthcare Group of companies, which signed a memorandum of understanding with Microsoft Malaysia yesterday.

Launched in 2015, the app’s core feature is its Doctor House Call service that brings a doctor to your doorstep within 60 minutes.

It cost RM200 (8am to 7.59pm) and RM380 (8pm to 7.59am) to use this service which includes doctor’s consultation, basic medication, doctor’s transportation, referral letter and medical certificate.

There will be additional charges for extra medication, urine and blood tests, drips and more. Doctors will only proceed upon customer’s approval.

Doctor2U currently has about 1,000 doctors from private and government sectors in its roster. The app has over 100,000 downloads and an estimate of 17,000 active users monthly.

According to Doctor2U co-founder Keegan Flynn, they make 12-15 house calls, and conduct hundreds of live chats a day.

Doctor2U is built on Microsoft Azure and uses the company's bot framework for its Live Chat feature that allows users to chat with doctors, pharmacists and nutritionists for free.

It also offers a Video Consultation feature where customers initiate a video call with a doctor. The 15-minute consultation session costs RM20 (8am to 7.59pm) and RM38 (8pm to 7.59am).

“Our partnership with Microsoft has helped us embrace cutting-edge technology that gives us the flexibility to scale our business as quickly as we need to.

"Microsoft’s data security infrastructure also provides our app with an added layer of trust and reliability, which is so important in the healthcare industry,” added Flynn.

Doctor2U aims to create an entire healthcare ecosystem built into a single app. In addition to its current services, Doctor2U will also include an ambulance service by partnering with an ambulance provider in Malaysia.

This service will begin sometime in June, and Flynn added that Doctor2U also has plans to expand its services to Singapore, Thailand and the Philippines.

“As we look to expand regionally and broaden our offerings to include services as ‘ambulance’, ‘nursing’ and ‘physiotherapy’, we will work closely with Microsoft to leverage their expertise and solutions to improve our services.”

Microsoft will also team up to co-promote the Doctor2U application through a series of digital campaign.

“Doctor2U is bringing healthcare services to the fingertips of Malaysians by connecting them with qualified doctors at any hour and location,” said Microsoft Malaysia managing director K Raman.

“We are proud of our association with them. This partnership stems from our objective to ensure that benefits of technology can be enjoyed by one and all.” 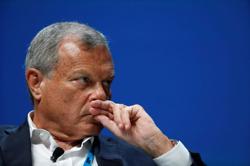