Easing trade: The DTFZ will allow for easier trade within the region, said Najib.

According to Alibaba Group executive chairman Jack Ma, who was speaking at the launch, Malaysia’s DFTZ will be the first outside of China and is meant to allow SMEs (small and medium enterprises) and “the younger generation”, as Ma puts it, more access to global markets by lowering trade barriers.

Under the DFTZ, the plan is to establish an e-fulfilment hub, which is a logistics hub in close proximity to the Kuala Lumpur International Airport (KLIA) which will function as a centralised customs clearance, warehousing and fulfilment facility for Malaysia and the region, to speed up clearance for imports and exports.

Alibaba's Ma said that the DTFZ will be the first such e-hub outside of China.

The e-fulfilment hub will be created in collaboration with Alibaba and its subsidiaries and affiliates such as Lazada and Cainiao Network and will currently operate out of the existing LCCT site.

The DFTZ will also be connected directly to Hangzhou’s Cross-Border E-commerce Pilot Zone (which is also the location of Alibaba’s headquarters) via Alibaba’s OneTouch e-services platform which digitises many of the trading operations like customs clearance, foreign exchange services, financing services and logistics solutions, thus easing bilateral trade.

According to MDEC chief executive officer Datuk Yasmin Mahmood, in addition to the DTFZ, the long term plan is to establish “independent satellite support services” which will complement the DFTZ facility.

This will take the form of a 500,000sq ft area in Bandar Malaysia in Kuala Lumpur which will serve as a place for SMEs to get on board e-commerce as well as provide a place for startups who want to innovate in the area of e-commerce, said Yasmin. 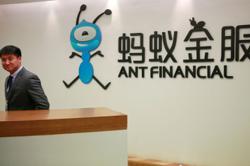