Slightly Robot is a tech startup that makes a bracelet for people with trichotillomania. (Slightly Robot/TNS)

What: Slightly Robot
Who: Matt Toles, co-founder and CEO, and Joseph Toles, co-founder and chief technical officer
The subconscious: The Toleses, brothers and recent University of Washington graduates, have created a bracelet that tracks hand movement – and vibrates when it goes somewhere it shouldn't. The bracelet is meant for people with trichotillomania, a disorder that can cause people to compulsively pull their hair. After a while, such movements become subconscious. Studies say up to 4% of the population has the condition.

How it works: A small sensor embedded in a simple bracelet tracks the wearer's hand position and can tell when that person pulls his or her hair. That motion is noted in a paired smartphone app, which also keeps track of how long the wearer has gone without hair-pulling.

Learning over time: After a vibration, wearers can indicate on the app if they did indeed touch their hair. The bracelet learns more about each individual's hand motions over time.

College development: Matt Toles started working on the technology while he was a UW student. The company started out with a free app that paired with a smartwatch – but no one wanted it. "No one owns smartwatches," Matt Toles said. Instead, people wanted bracelets. So the brothers built the hardware.

Home manufacturing: To make the bracelets, they use the kitchen oven in their Chinatown International District apartment to help encase a small, custom computer chip in silicone rubber. They then attach it to the leathery bracelet material.

Online sales: The brothers sell the bracelets for US$90 (RM399) online and so far have sold dozens. Customers regularly write in with requests, and the Toles try to fulfil each, often to the delight and surprise of clients who are used to working with bigger companies.

Amazon prize: The company is self-funded by the brothers, who say running the two-person operation isn't too expensive "if you eat a lot of rice." The team received a boost over the summer when Slightly Robot was a winner of the Amazon Catalyst program at the UW, receiving a grant of nearly US$97,000 (RM429,074). The brothers hope the funding will stretch for a year or two.

Psychologist partners: As sales grow, the Toles are reaching out to psychologists and mental-health professionals around the area. They want the medical community to test out the bracelets and, if they like them, recommend them to patients. — The Seattle Times/Tribune News Service 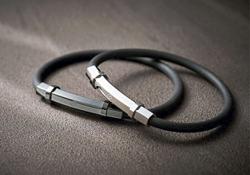 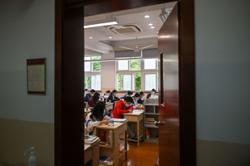