It's a great Honor

Looking for an affordable Android that doesn’t compromise on the camera? Huawei’s latest smartphone is not only budget-friendly but comes with two rear cameras.

The Honor 6 Plus looks like a supersized iPhone 4 and that’s not a bad thing. The front and back are made of glass and a metal band runs along the sides of the phone, giving the device a sleek look.

As it’s big, it’s also a bit heavy but this is only to be expected for a device of this size.

The feel of the smartphone is fantastic and I instantly fell in love with it once I held it in my hand, but I feared that it might break if dropped, as it looks fragile and is mostly surrounded by glass. DAZZLING DISPLAY: The large screen is ideal for surfing and playing games.

The Honor’s 5.5in screen is just the right size – it’s big enough to impress without making the device too large to handle.

It’s full HD (1,920 x 1,080 pixels) so apps, games and videos look impressive on it. If you use your smartphone as the main device for all your social networking then you will love the screen, as it’s sharp and bright.

Legibility under the sun suffers a little but not to the point you can’t read anything on the screen.

The Honor boasts two 8-megapixel cameras on the back which are supposed to mimic the way the human eyes work.

In other words, the cameras let you shoot photos with simulated depth-of-field effect. You will be able to change the focus point after you have taken the photo to create blurred foregrounds or backgrounds.

It’s really cool as you get to change the presentation of the photo even after you have shot it. However, as the depth-of-field is simulated by software, the results aren’t always perfect.

Overall, the images turned out good even when shooting in low-light conditions, and the smartphone has plenty of modes to keep you busy such as smile detection, Super Night and Panorama.

The front camera was also impressive and captured amazing selfies with good clarity. 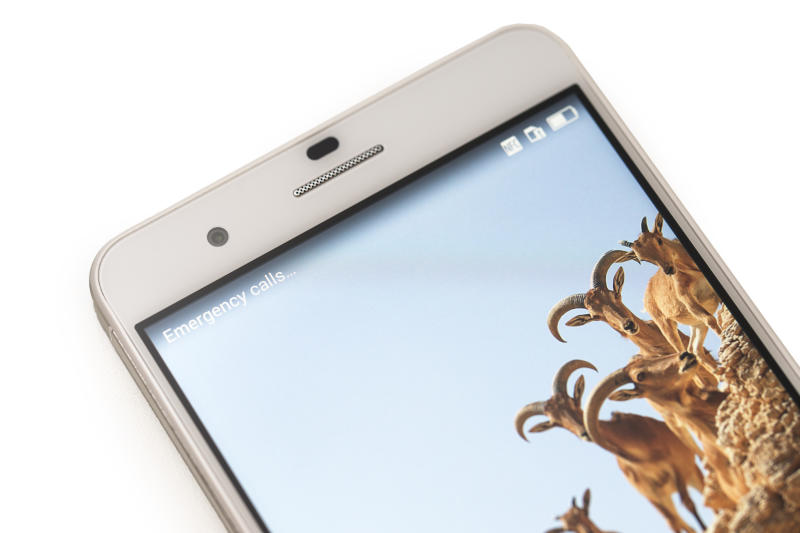 The phone runs on the outdated Android operating system (OS), KitKat 4.4.2, and the company says an update is only expected later this year.

This is not unusual, as most companies have been slow to roll out the latest OS, Lollipop, even though it has been around for some time. Hopefully this will start to change soon.

It was a little unusual using KitKat as we are already used to Lollipop’s many handy features. Having said that, the company’s Emotion user interface makes up for it by offering many useful and unusual shortcuts and gesture controls.

For instance, tapping the screen with your knuckles will grab a screenshot and you can even launch some apps by just tracing a letter on the screen. For instance, to launch WhatsApp we just had to draw the letter W on the standby screen.

The one thing we didn’t like about the Emotion UI is that it has removed the app tray, probably to make it work more like iOS. We like having the app tray because it lets us stay organised as not all apps have to be dumped on the homescreen.

To test the Honor we used the AnTuTu Benchmark and PCMark Bencmark. It scored 41,054 points on AnTuTu which puts it ahead of the HTC One and Google Nexus 5 but just below the Samsung Galaxy S5.

On PCMark, the smartphone scored 2,793 points – this makes it just slightly faster than the Motorola Moto X which scored 2,684 but slower than the Xiaomi Mi 4i which scored an impressive 3,545.

We can only hope the update to Lollipop will speed it up even more.

The Honor has a huge battery to keep it going and going. Even with heavy usage, the 3,600mAh battery can easily last more than a day.

If you use the device sparingly, it will last for a few days, which puts to shame most of the other smartphones that barely can make it to the end of the day.

The Honor 6 Plus surprised us in many pleasant ways.

We liked the Emotion UI for its many handy shortcuts, the twin cameras for making shooting fun, and the large battery that kept the phone powered for days.

The only thing that we didn’t like about the smartphone is that it runs on KitKat and not Lollipop but hopefully the company will release an update for it.

All in all, this Android rocks on many fronts.