REMOTE REGION: A view of the village of Phortse in Nepal's Khumbu region. Google launched a virtual tour of Nepal's rugged Everest region, unveiling a Street View project that follows sky-high trails and suspension bridges for a glimpse of life in the Himalayas.

KATHMANDU: Google launched a virtual tour of Nepal’s Everest region, allowing armchair tourists a rare glimpse of life in one of the toughest and most inaccessible places on earth, home to the world’s highest mountain. 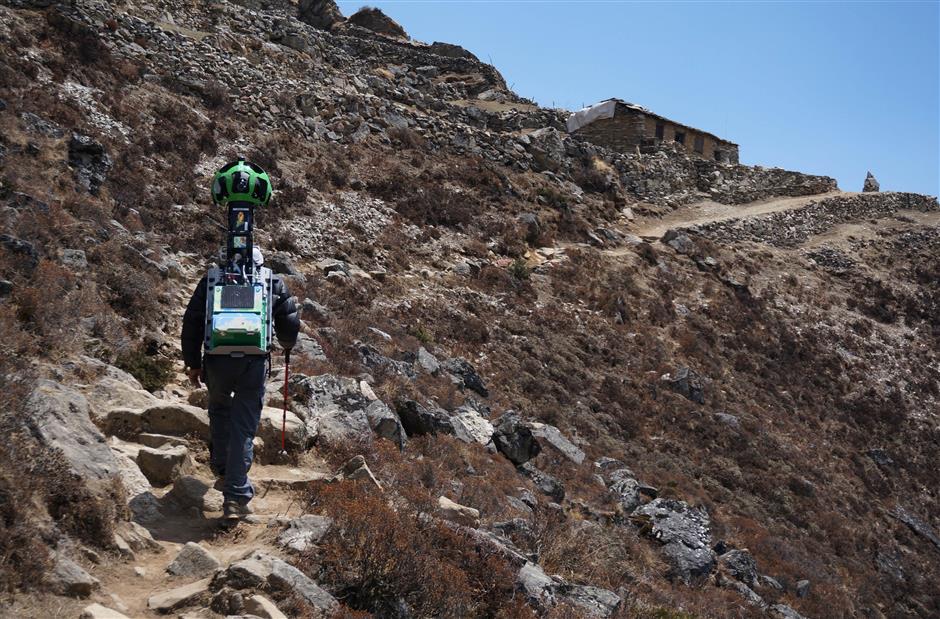 Google worked on the project with Kathmandu-based startup Story Cycle and Nepalese climber Apa Sherpa, who scaled Mount Everest a record 21 times before he retired from climbing and set up an educational charity.

“Everyone in the world knows Mount Everest but very few people know how hard life is in these villages,” said Apa Sherpa, who was forced to drop out of school at 12 and work as a porter after his father died.

“Thanks to Google Street View, everyone can see these villages and understand that people here need help. Hopefully we can then raise funds to build more schools and hospitals for them.”

Nepal’s Sherpa community, who have long laboured as guides and porters on mountaineering expeditions, hope the project will promote the region and raise funds to improve access to education, offering future generations a way out of the high-risk climbing industry.

Visitors to the Google Street View website can scroll through a slideshow of 360° views created by digitally stitching together thousands of 75-megapixel photographs, or click on the online map to see images of individual sites.

Google held a digital mapping session in the Himalayan town of Namche, where around 50 locals chipped in with suggestions of places to add to the online map.

Lodge-owner Tenzing Sherpa was among those who attended the session and said he hoped the initiative would attract more tourists.

“These online maps are a good source of information for visitors and if more tourists come here, it will create more opportunities, better opportunities than working on the mountain,” he told AFP.

“My dream is that one day, young kids in Nepal won’t have to risk working on the mountain as porters or guides, they will be able to get an education and build better lives for themselves,” Sherpa told AFP.

Sixteen Nepalese guides, including 14 members of the Sherpa community, died last April in an avalanche, marking the deadliest accident to hit the world’s highest peak.

“Sherpas die on the mountain every year – no one pays attention. This time it was the biggest disaster on Everest, so it hit the headlines, but we have lost many people over the years,” Sherpa said.

Among the project’s supporters was Kancha Sherpa, now in his eighties, who worked as a porter on the landmark 1953 Everest expedition, which saw Edmund Hillary and Tenzing Norgay become the first people to summit the peak.

Since its launch in 2007, Google Street View has captured some of the world’s most far-flung and scenic destinations, including the Amazon forest, Antarctica and Canada’s Arctic tundra. – AFP