VW demos the dashboard of the future

FUTURE TECH: Volkswagen presenting the Golf R Touch with three touchscreens in the cockpit during a press conference at the 2015 International Consumer Electronics Show (CES) in Las Vegas.

In recent years, Audi has dazzled the crowds at the International CES with its autonomous driving demonstrations and connected car technology. But this year Audi's parent, Volkswagen is also in Las Vegas showing off what's already possible and how the fusion of cars and computing is going to change driving in the future.

"The two inventions of the century, the car and the computer, are gradually coming closer together. We need to design future mobility to be even more intelligent and even more networked," said Prof Dr Martin Winterkorn, CEO of Volkswagen AG.

In particular, with its Golf R Touch concept car on show at this week's event, VW is demonstrating how the design and use of consumer electronics devices is set to revolutionise the way that drivers interact with their cars' growing list of features and functions. TOUCHY FEELY: The interior of the specially developed Golf is packed with touchscreens and sensors. — EPA

The interior of the specially developed Golf is packed with touchscreens and sensors so that occupants can use a combination of touch, bodily movement and gestures in order to operate and access different in-car settings.

For example, a camera integrated into the cabin's roof lining can track hand movements and turn those movements into commands. So reaching for the roof will make the controls for the sunroof appear on the touchscreen. Moving a hand backwards will then open the roof while moving it forward again will close it.

Likewise, running a finger along the edge of a seat will bring up the controls for adjusting its position.

Proximity sensors and cameras also mean that buttons will appear on the screen and grow bigger as a hand moves closer — think typing on an iPhone — making them easier to press.

The problem that the car attempts to address is how to offer access to more and more features without increasing driver distraction, which is why as well as three touchscreens, the cabin has almost no switchgear, with everything from the air conditioning to increasing the volume on the stereo taken care of via touch, swipe gesture or proximity sensor. 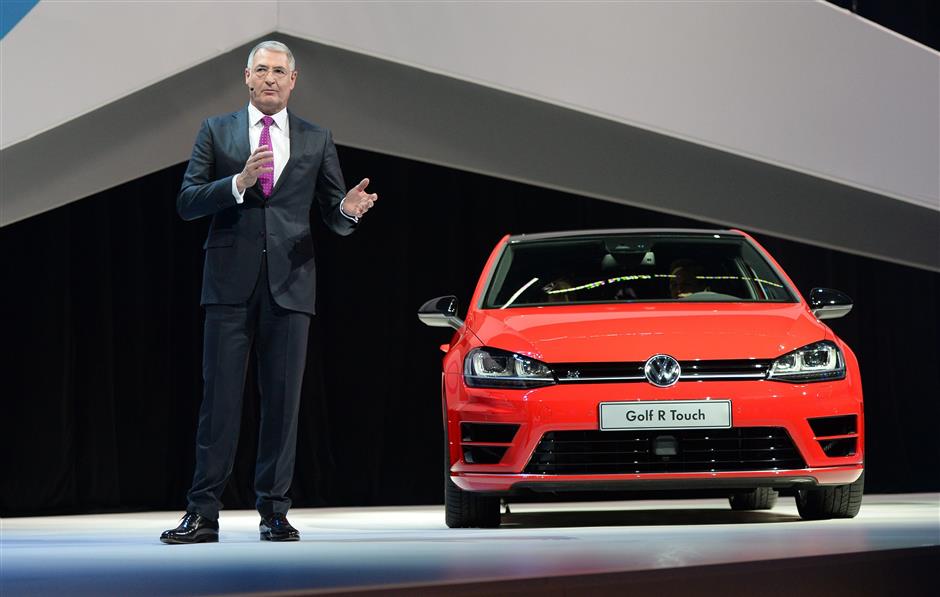 The cabin is still a research and development exercise, and VW wouldn't comment on when consumers could expect to see this level of sensor and touchscreen interaction coming to their new Golf, Polo or Passat.

However, the company has confirmed that the next generation of its infotainment system ‘MIB II' will be rolling out later this year in both the US and in Europe and will support Apple CarPlay, Android Auto and MirrorLink.

That essentially means that an owner will be able to connect pretty much any smartphone to the system for making calls, accessing special apps (in the case of Apple CarPlay and Google's Android Auto) or mirroring existing apps to the screen via MirrorLink. — AFP/Relaxnews 2015