SQUEEZED: Shares of Apple Inc's component suppliers came under pressure on Wednesday as investors locked in recent gains on concerns that its lower-cost iPhone was still too expensive for its target audience in China and other emerging markets. — Reuters

TOKYO/HONG KONG: Shares of Apple Inc's component suppliers came under pressure on Wednesday as investors locked in recent gains on concerns that its lower-cost iPhone was still too expensive for its target audience in China and other emerging markets.

Apple's own shares were down more than 5% a day after it unveiled its flagship iPhone 5S with a fingerprint scanner to help it stand out among the smartest of phones. It also introduced the colourful 5C plastic model for emerging markets.

"People were all expecting the 5C would be a low-cost model, but it doesn't look like it will be too competitive now," said Jackson Wong, Tanrich Securities vice-president for equity sales in Hong Kong. "Everybody is now looking to the China Mobile announcement, which can happen anytime now."

Markets have been speculating that Apple is on the verge of signing a distribution pact with China Mobile Ltd, the country's biggest wireless carrier with more than 740 million subscribers. China Mobile shares fell just under 1% in Hong Kong and about 3% in New York. Shares of component suppliers Broadcom Corp and Qualcomm Inc fell 2% and 3% respectively in New York while those of Cirrus Logic Inc, which gets about 82% of its revenue from Apple, fell as much as 5%.

Brokerage Susquehanna Financial Group said that since the iPhone 5S' connectivity features were not upgraded, Broadcom could experience pricing pressure. Broadcom is widely believed to be providing connectivity solutions for the new iPhone.

Traders also said the cheaper model, which will go on sale on Friday and come in five colours — blue, green, pink, yellow and white — could crimp margins at suppliers.

"In terms of components, it's all a volume game with low margins. It's not a huge positive for component makers," a senior dealer at a foreign bank in Tokyo said.

Apple has been losing ground to Samsung Electronics Co Ltd and Huawei Technologies Co Ltd in emerging markets like China and India.

Another Tokyo-based trader disagreed that margins were under threat, saying Apple has long been squeezing its part suppliers so if the tech giant can increase sales, it would benefit component makers as well.

"The potential you've got here is not that you are going to be selling fewer iPhone 5S...What you are doing here is attacking a brand new market," the trader said. "Now they have come up with a mid-range phone because there is a huge market for entry level smartphones."

According to Thomson Reuters StarMine, suppliers Taiyo Yuden, Murata and Ibiden were 14% to 37% below their intrinsic value, which evaluates a stock based on projected growth over the next decade, using a combination of analyst forecasts and industry growth expectations. — Reuters 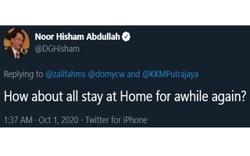