It's official: Apple announces the iPhone 5s and iPhone 5c


Under the late Steve Jobs’ watch, before their official launch, news of the latest iPhones would not have been leaked as much as they have with the just-announced iPhone 5s and iPhone 5c models.

Be that as it may, we indeed got two new iPhone models, confirming the rumours that have been circulating around the Internet for the last few weeks.

So what is the reality compared with the rumours? Here’s a rundown of the rumours versus what we actually got. 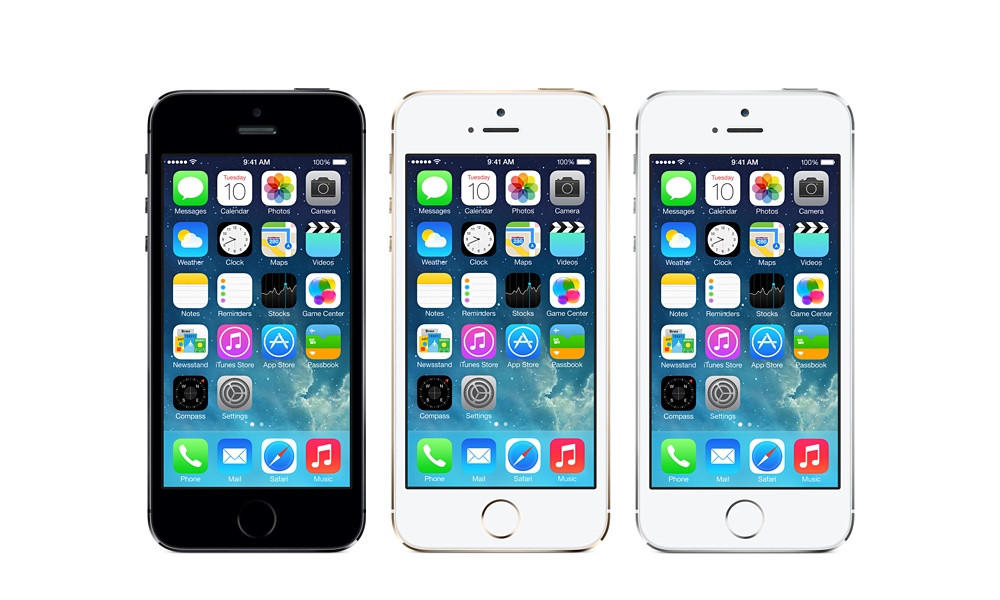 
1. There is a gold iPhone 5s in addition to the black and white versions

TRUE.The gold or “champagne” finish iPhone 5s has been leaked on many websites and the launch confirmed that will indeed be a black, white and gold coloured iPhone 5s. Take your pick: A gold or champagne finish iPhone 5s (centre) makes up the other colour option besides white and black.

2. The iPhone 5s will have a fingerprint sensor underneath the Home button

TRUE. Probably the last of the iPhone 5s rumours to emerge is the metal ring around the Home button and various photographs of the fingerprint scanner component. Even the Wall Street Journal confirmed the rumour before launch. Touch ID on the iPhone 5s

The feature is called Touch ID and the fingerprint sensor has a 500ppi resolution capacitive sensor that recognises an individual’s finger as it touches the Home button to unlock the iPhone. The Home button is now made of sapphire crystal instead of just glass. The biometric information for unlocking the iPhone is encrypted and is not stored by iCloud nor on any Apple server. It isn't even available to third party apps.

3. The iPhone 5s will have NFC built in

TRUE. It’s called the A7 and Apple says it’s “a truly a desktop class architecture” 64-bit CPU with 2x the general purpose registers, 2x floating point registers and over 1 billion transistors. All the built-in apps have been re-engineered to run natively in 64-bit. However it will continue to run 32-bit apps no problem. Apple claims that the iPhone 5s has a 40x speed bump for CPU and 56x faster graphics compared with the first generation iPhone. Compared with the iPhone 5, the iPhone 5s will be faster 2x for both the CPU and graphics.

Additionally, the iPhone 5s will feature an M7 chip which continuously measures motion data using the accelerometer, gyroscope and compass and will be available to a new generation of exercise apps. Nike has updated their Nike+ Move app for this."

5. The iPhone 5s will have a much higher-resolution camera

FALSE. The iPhone 5s will have the same megapixel count of 8-megapixels, but a much improved larger sensor with 1.5micron pixels which are also larger than before. Also a new five-element  f/2.2 aperture lens has been designed specifically for this new sensor. It also has a matrix type metering system similar to modern DSLRs. The camera has a 10-frame-per-second burst mode. It will also feature 1080p video but more interestingly, 720p HD video recording in super slow-motion at 120fps. So there’s a lot to like about this new camera.


7. Pages, Numbers and Keynote will now be free apps on iOS 7


PARTIALLY TRUE. This rumour was started because many noticed that Apple was starting to offer access to Pages, Numbers and Keynote at iCloud.com, leading them to believe that iWork was going to be free for users on iOS.

Apple now offers not just Pages, Numbers and Keynote free, but also iMovie and iPhoto for free on iOS 7, but only for new devices.

Apparently when activating a new iOS device, the user will be given the option to "download these apps for free. " 
1. The iPhone 5c will come in a bunch of candy colours.

TRUE. Apple CEO Tim Cook officially confirmed that the iPhone 5 will be retired, its place to be filled by the iPhone 5s and iPhone 5c. In fact, the iPhone 5c will essentially have the innards of the iPhone 5 but with a plastic casing.

6. The iPhone 5c is/is not a budget iPhone


PARTIALLY TRUE. The prevailing rumour with the iPhone 5c was that it was going to be a budget iPhone, but at the same time, some websites claimed it had a closer to mid-range pricing.

7. The iPhone 5c will have a very scratch resistant plastic case


TRUE. This rumour was started by an online website which demonstrated the alleged iPhone 5c back cover being put through a scratch torture test which included being shaken up in a plastic bag of keys.

The iPhone 5c will have a special lacquer hardcoated polycarbonate case over a steel-reinforced frame which also serves as an antenna.

Surprises that the rumour mill didn’t pick up
There were a few interesting tidbits that weren’t leaked by any website.

For example, the iPhone 5c will have a US$29 (RM95) “soft-feel silicon rubber” case, which looks good paired with the iPhone 5c’s funky colours.

You can even choose a contrasting colour with the actual iPhone 5c colour -- the case has a number of circular cutouts that will still show the iPhone 5c’s original colour, creating an interesting contrasting polka dot pattern on the back.

Although the iPhone 5c is essentially an iPhone 5 in a plastic body, it does however feature a slightly larger battery and will last a little longer than the iPhone 5 on a single charge.

According to Apple, the iPhone 5s will be available starting Sept 20 in a number of countries including USA, Australia, Canada, China, and most notably, Singapore.

However Malaysia is as usual not mentioned specficially and we assume it will appear in December 2013, the date when Apple says the iPhone 5s will be available in “100 countries.”

The iPhone 5c is open for pre-order starting Sept 13 and we assume it will be available about the same time as the iPhone 5 or perhaps a little earlier, depending on demand.

Related stories:
The iPhone 5s - a new gold standard
The iPhone 5c - only the price tag is low cost
Early China iPhone launch gives smugglers a run for their money