TAIPEI: A computerised ticketing system here crashed within a minute of offering tickets for a series of comeback concerts by Chinese pop diva Faye Wong.

When the tickets went on sale through the Internet at noon on Monday, interest among the island’s Faye Wong fans overcame the online booking system.

The system was restored in the evening and about 90% of tickets, priced from US$25 to US$284 (RM80 to RM900), were sold in the next two hours, said a report citing ERA Ticket, the company handling the sale.

Wong, 41, arguably the most famous female singer in Chinese-language pop music, is scheduled to perform here in January after taking a five-year break from her career.

She is the first Chinese singer to grace the cover of Time magazine and made a critically acclaimed appearance in China’s most-watched Lunar New Year evening show earlier this year as she mounted a comeback. — Relaxnews 2010 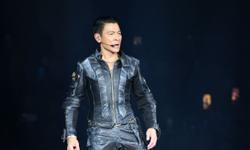