PETALING JAYA: Subscribers to Telekom Malaysia Bhd’s high-speed broadband service UniFi are vulnerable to exploitation due to a router setting that leaves it open to outside attack.

A hacker could take control of the router remotely and could, for instance, surf using the owner’s account, open ports that could leave the computer vulnerable to further attacks and spy on the user’s Internet activities.

“rizvanrp,” who posts on the LowYat Forum (bit.ly/bm6Eqe) discovered the vulnerability and went public with it on May 29. His discovery was also posted on Twitter.

According to him, the vulnerability is due to TM leaving each router’s remote management capability switched on, thus making it possible for others to remotely access the router using a username and password that is now easily found on the Internet.

A check by In.Tech at a UniFi user’s home in Damansara Jaya confirmed that the vulnerability exists and that the username and password are indeed available on the Web.

Having said that, to be able to access the router from outside the local network, the hacker would need to know the device’s WAN IP (wide area network Internet protocol) address.

According to networking experts, while this is possible, it is quite unlikely that a hacker would be successful.

rizvanrp said in his post that disabling the router’s remote management function would stop anyone from outside the local network from accessing the router settings.

In a press statement issued yesterday evening, TM said it would like to assure all concerned parties that the only reason the UniFi router setting for remote access is enabled, is for remote access troubleshooting purposes for the express use of its technical support personnel.

It said that in the event there is a technical support issue with any of its UniFi subscribers, TM’s network operation centre — at the first level of troubleshooting — can immediately remotely diagnose the problem before sending a support team onsite.

TM also said it has taken note of the security concerns that have been raised and acknowledges that there is a need to balance the public’s level of comfort with regards to security and privacy and TM’s commitment to faster support turnaround time.

“As such, TM would like to maintain the higher level of service enabled by remote access management on customer routers, and in recognition of that TM will immediately change every UniFi customers’ router management password into a high security, unique one (which will be only known to the customer and TM),” the statement said.

TM will notify all Unifi customers of this change accordingly. 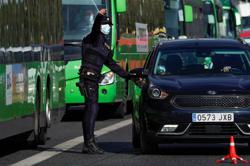