Feel free to give Sony’s latest tablet a dunk.

Are you a fan of huge screens? Sony has just the right device for you in the form of the Z3 Tablet Compact, a tablet that is sleek in design and light in weight.

It also streams games from the PlayStation 4, giving you the option of playing games from anywhere around the house apart from just on your TV.

But is it really the tablet for you? Is it worth the price? Let’s have a look now shall we?

Sony put in a lot of effort in designing the Z3. The tablet is both light and thin with rounded edges. Despite being large, it’s ­comfortable to hold and easy on the hands.

I wouldn’t recommend keeping it in your pocket, especially the back one, if you are fond of tight jeans. As the screen has a 16:10 aspect ratio, the Z3 tablet is a little long and is better kept in bags. GOOD FIT: The Xperia Z3 is easier to handle as it’s not as wide as other devices like the iPad Mini 2.

It’s also water-resistant, which is great, especially if you are like me and frequently spill drinks when having animated conversations.

There is, however, one problem with the design of the tablet – the camera is located at the top centre of the device.

If this was a phone, it wouldn’t be so bad but because it’s a tablet you will have to use two hands when snapping photos and will end up blocking the camera.

It might be a small issue to some but if you shoot a lot of photos, you will find it ­annoying because you will have to constantly shift your hands.

Although the Z3 has a HD (1,920 x 1,080) display, it isn’t the sharpest or nicest screen on a tablet, especially if you factor in the price. This is not to say it’s bad, it’s just not impressive.

One of the cool features of the Z3 is Remote Play which allows the tablet to be used as a display for the PlayStation 4. 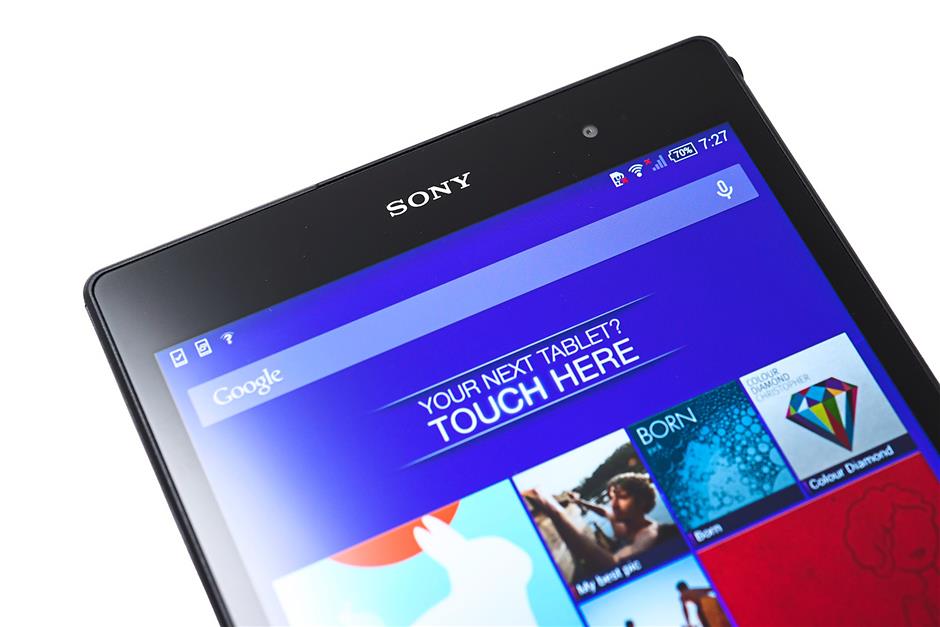 HIGH DEF: The Sony Xperia Z3 has a HD display.

In theory this should allow you to play games from anywhere in the house as long as it is within your home WiFi coverage. It goes without saying, this also means you wouldn’t have to compete for the TV with others in your house.

In practice, however, it didn’t work out so well as the Z3 kept disconnecting from the PS4. I am not sure if this is just a case of the Z3 not “liking” the router but after the fifth disconnection we just gave up.

It was just too much of a hassle as I had to constantly go back to the PS4 to reconnect the tablet. When it works, however, it is ­pretty cool.

The Z3 comes pre-installed with KitKat 4.4.4 and it ran smoothly without any ­hiccups. What I didn’t like is that it also came pre-loaded with a bunch of Sony apps that didn’t add much value to the tablet.

It would have been much better to just have the plain vanilla Android version.

What Sony should have added is extra gestures to make using the tablet much more fun or easier. Having said that, the touchscreen works well enough.

The Z3 has an 8.1-megapixel camera but no flash, so don’t expect to shoot good photos in low-light situations.

As it’s only 8.1 megapixels, it’s good for snapping a quick photo or two when your smartphone is not within easy reach.

On the front you get a 2-megapixel camera which should please most selfie fans. 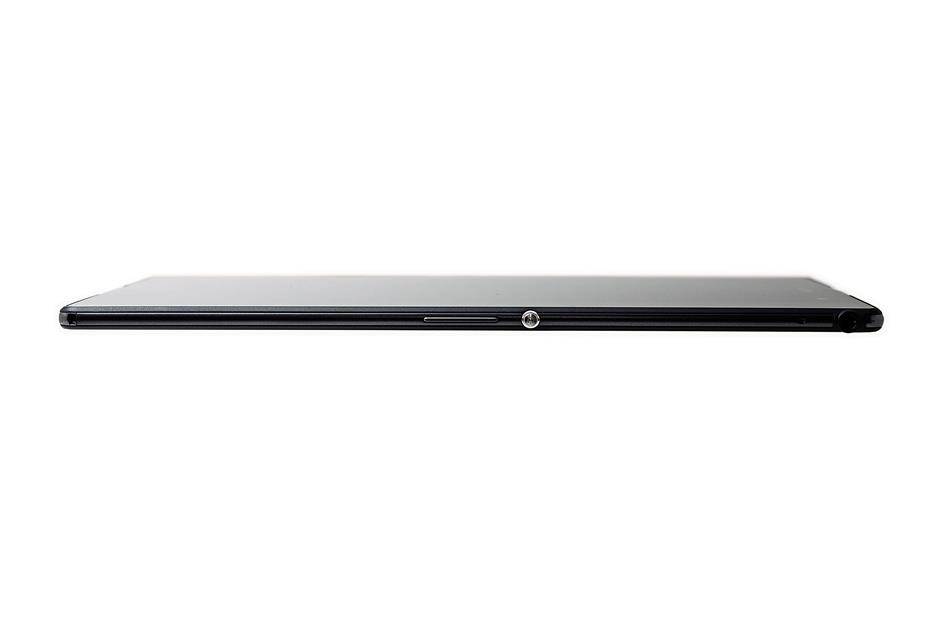 Moving on, the Z3’s battery life is just fantastic. If you use the tablet from time to time to read or play a short game or two, you will only have to charge it every alternate day.

If you’re a heavy user and play a lot of games, the battery will last till the end of the day.

It’s amazing that Sony managed to cram a 4,500mAh battery into such a thin device and this is one of the stronger selling points of the Z3.

The Z3 is a decent tablet with handy features, and you can even use it as a phone so long as you don’t mind sticking such a large device to your face or splitting your pocket in half.

If you are a PS4 gamer then you will also be excited about the screen sharing function that is unique to Sony’s devices like the Z3. Hopefully Sony will release a patch to make the connection between the tablet and PS4 more stable.

The only thing that will stop you is the price – at RM1,699 it’s a little hefty for a ­tablet of this size.

Pros: Thin and lightweight; PS4 games can be streamed to the Z3; great battery life.