Wolfenstein II: The New Colossus – A bloody and unforgettable revolution

Retake America from the Nazis with a gun in one hand and a hatchet in the other in this epic road trip.

Wolfenstein: The New Order was a bold attempt to reinvent the first-person shooter that ­kickstarted the genre.

Taking place in an alternate history where the Nazis won the war, protagonist BJ Blazkowicz tried to take back the world with the help of resistance fighters ­hiding in the sewers of Berlin. The New Order shined through its story, focusing on a diverse cast of people trying to hold on to scraps of hope. The sequel trades somberness for fury, and in doing so emerges as one of the best first-person shooters and ­narrative-driven games I’ve ever played.

Things kicks off on a grim note, with BJ awaking crippled after the events of the first game. You are in the middle of the action almost immediately, roaming around a U-boat in a wheelchair and blasting Nazis.

The game gets zanier from there. I rode a mechanical fire-breathing dog of death ­chasing armoured troops down the streets of New Orleans. I ­infiltrated a massive airship. 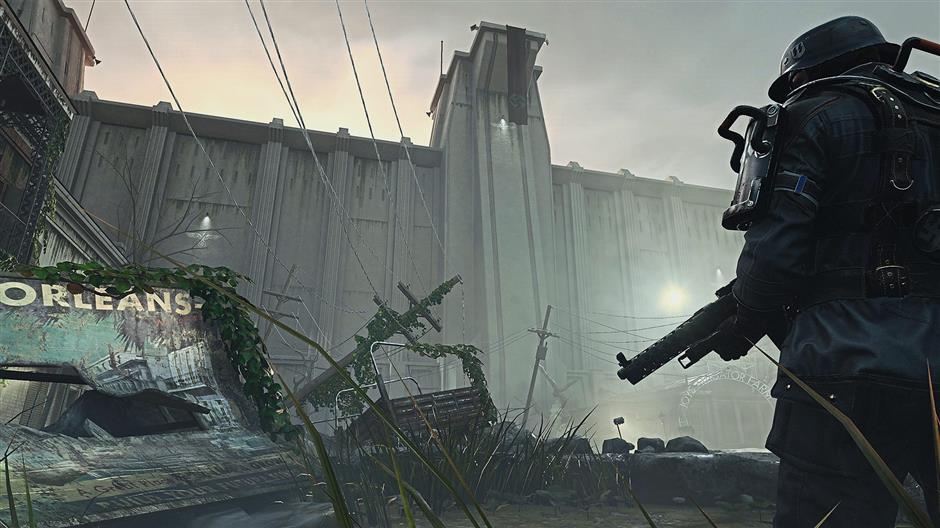 The open streets of New Orleans require more thought given their openness.

The New Colossus is constantly upping the ante and making the most of its locations, like Reich-occupied Roswell, where the Ku Klux Klan walk arm-in-arm with Nazis.

From propaganda adorning walls to background sequences with characters talking amongst themselves about their struggles, Wolfenstein II goes all-in on ­making its world a breathing place filled with atrocities and architectural wonders.

The levels range from ­satisfying to astounding, requiring you to constantly change tactics. The winding tunnels of New York allow you to sneak with ease as you take down hazmat-suit ­wearing Nazis, but the open streets of New Orleans require more thought given their openness.

The more standout levels I won’t discuss for spoiler reasons, but I will say that one of them clearly draws inspiration from The Wizard Of Oz and is something that has to be experienced to be believed.

The New Colossus matches the variety of its settings with flexible action. The gunplay is satisfying, and all weapons have their own distinct personality and feel ­powerful.

Both the perks system and the dual-wielding mechanic return, but they’ve been expanded. You are awarded more perks (like increasing the number of ­hatchets you carry) as you kill Nazis in creative ways. Kill Nazis in creative ways and get rewarded with more weapons.

The dual-wielding mechanic now lets you use any two ­weapons. For example, I once cleared out an entire hallway with a shotgun in one hand and then picked off the enemies at the far end with a sniper rifle.

I was impressed with how dual-wielding functioned as more than just an homage to 1980s action movies, but also as something with tactical merit.

The biggest addition to the ­gunplay is the upgrade system. Weapon kits are scattered throughout all the levels with each one letting you access upgrades for every weapon in your arsenal.

The system has no restriction, so you can put your kits toward ­putting silencers on guns or increasing rate of fire immediately.

The game is intense and ­adaptable no matter which play style you choose, putting it above the majority of other first-person shooters.

You also get to choose between three super powers, each of them with their own advantages. The wealth of upgrades are not only fun but give you surprising ­flexibility.

The game is intense and ­adaptable no matter which play style you choose, putting it above the majority of other first-person shooters for me.

Wolfenstein II constantly finds ways to turn things up to 11, but that is only half of its magic. The New Order presented a memorable cast of characters, then gave them time to shine between missions as you roamed a hub world.

The New Colossus has the same setup, with you and your crew aboard the U-boat that functions as your base, but also devotes more time to letting you spend time with your allies.

Returning characters, such as pilot Fergus are made more interesting as they forge new relationships, and newcomers like Nazi turncoat Sigurn also leave a lasting impression with their arcs. 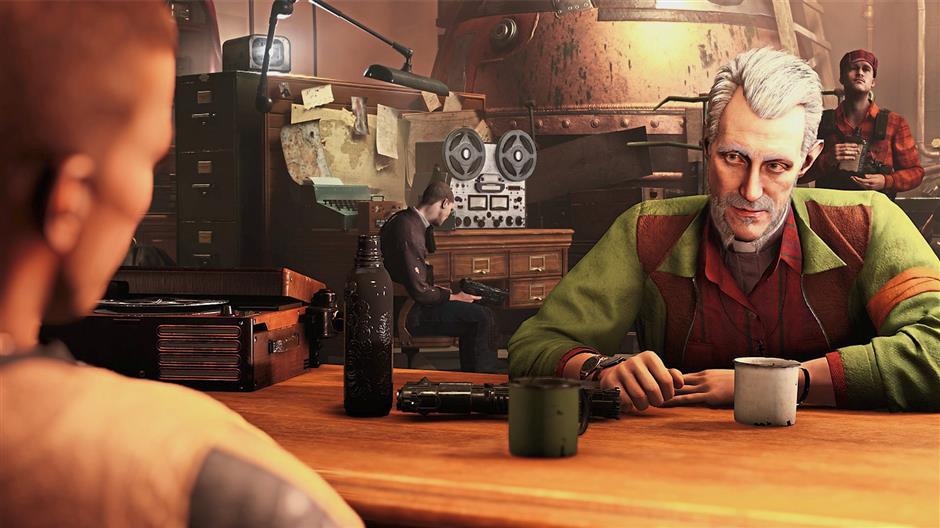 Wolfenstein II does not shy away from tough themes but instead doggedly pursues them. The 14-hour campaign tackles racism, executions, child abuse, despair, patricide, the holocaust and terrorism.

While these themes are dark, the game handles them well, giving a proper amount of drama and emotional depth to each.

However, this parade of ­tragedy is never too much to bear, thanks to a fair share of wacky humour. You also see heartfelt moments of romance and friendship among the crew; amongst all the murder and sorrow, Wolfenstein II makes room for love and hope.

Wolfenstein II: The New Colossus is a bold game that rages and soars, deftly balancing pulp sci-fi with deadly seriousness, and one that should not be missed by anyone interested in the power of storytelling in videogames. — Game Informer Magazine/Tribune News Service