According to the researchers' estimates published in the journal One Earth, about eight million jobs could be created by 2050, 84% of them in the renewable energy sector. — AFP Relaxnews

Eight million additional jobs could be created in the energy sector by 2050 in about 50 countries around the world, especially for solar and wind power production, according to European and Canadian researchers.

How many additional jobs could be generated in the energy sector if measures to meet the Paris Agreement are implemented? European and Canadian researchers have developed a tool to assess the evolution of the job market in the energy sector in 50 countries, whose economies are still mainly dependent on fossil fuels.

The various datasets used in this study focus on 11 energy technologies and five employment categories: construction and installation, operations and maintenance, manufacturing, fuel production and refining.

According to the researchers' estimates published in the journal One Earth, about eight million jobs could be created by 2050, 84% of which would be in the renewable energy sector (compared to 11% in fossil fuels and 5% in nuclear).

In this scenario, jobs in fossil fuel extraction – which make up 80% of current energy jobs – would decline rapidly. These losses would be offset, however, by gains in solar and wind manufacturing jobs, a release explains.

"Currently, an estimated 18 million people work in the energy industries – a number that is likely to increase, not decrease, to 26 million or by over 50% if we reach our global climate targets," explains Johannes Emmerling, environmental economist at the RFF-CMCC European Institute on Economics and the Environment in Italy and corresponding author of the study.

"[A]s we move to low carbon sources, it is important to have a plan in place for the general acceptability of climate policies," adds first author Sandeep Pai, Ph.D. in Resources, Environment, and Sustainability at The University of British Columbia.

Encouraging results, but ones that can only be achieved if the countries involved work to implement measures to comply with the Paris Agreement targets, which aim to keep global warming well below 2°C, and then continue these efforts to limit it to 1.5°C. – AFP Relaxnews 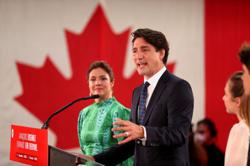 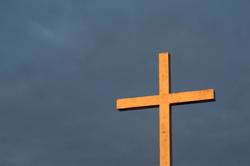