Why Nixon was wrong and how to avoid policy-making blunders Addiction is a form of ‘brain disorder’ that needs certain processes before the person can fully stop the habit.

WHILE policymakers use prohibition as a method to control the sale, manufacture and consumption of particular goods, failure to account for human behaviour and extraneous factors can lead to consequences that undermine the larger goal that is Malaysia’s generational endgame (GEG).

One notable example of a prohibitionist approach is Richard Nixon’s war on drugs.

In fact, it’s almost a cliche to mention that the late US president’s war on drugs was a failure.

For context, Nixon’s approach proved not only ineffective, but also counterproductive at achieving the goals of policymakers both domestically and internationally.

Based on decades’ worth of economic insights and research, his war on drugs had largely contributed to an increase in drug overdoses and indirectly encouraged the growth of dangerous drug cartels.

Ultimately, it failed to prevent drug usage as intended and suffered from the “cobra effect”.

The Control of Tobacco Product and Smoking Bill 2022 — whose second reading is expected to be held today (Oct 6) — has garnered popular support although health experts have called for the Parliamentary Select Committee tasked with drafting the bill to refer to scientific reports on harm reduction to ensure a thorough regulatory policy is created.

Is GEG effective without harm reduction?

“This is concerning because those who already have an addiction will go underground to get what they need,” she said at the forum.

She noted that the Bill would not deter the prohibited generation from accessing tobacco products, vapes or e-cigarettes and that punitive measures like fines ought to be removed.

According to MSHR, a staunch and hard endgame policy “has not been proven to work, even in the most regulated of tobacco markets” and stressed the need to explore tobacco harm reduction (THR) scientific evidence to shore up gaps in the Bill.

“We stress on a need to deep dive into THR scientific evidence to determine the best way forward in tobacco control while identifying gaps that can be addressed by activating local research activities,” Dr Sharifa added.

The NZ government started with tobacco regulations and education to reduce supply and demand, then specifically addressed vaping as a harm reduction product as an alternative to smoking.

“The way we approach it is really tailored to how we can actually overcome their smoking problem,” said MSHR advisor and Universiti Malaya Specialist Centre Prof Dr Mohamad Hussain Habil.

“I want to reinstate here that in the end, we want to gradually move into a total ban on vape. But some people will take a few years to quit, others a few months and only a small percentage take one or two days – even without nicotine replacement therapy.

“So, it’s here where we have to consider the difference. If some people cannot overcome their smoking habit with nicotine replacement therapy, that is when we have to look at other safer options – that is where you go for either e-cigarettes or vaping,” he added.

Insaf Murni Association of Malaysia (IMAM) president Dr Mohd Khafidz Ishak cited data from the US National Academy of Science, Engineering and Medicine (NASEM) and the Public Health of England on the efficacy rates of vape as a harm reduction tool.

So how does Nixon’s war on drugs serve as a cautionary policy-making tale?

The “war” caused the US to mobilise and expand state and local authorities, the federal government, and even military efforts to combat illicit drugs.

The institute also found that the penalties for violating American drug laws extend beyond prison, and the spectre of past drug crimes can haunt individuals for years with about 50,000 to 60,000 students denied financial aid every year due to past drug convictions.

With this in mind, Prof Hussain said that the government’s proposed fines and jail terms to punish offenders of the tobacco law will do more harm than good, adding that community service should be considered instead.

“Eighty percent of these smokers are among those who have poor income. If we don’t have an alternative to this prohibitive approach, those who have to serve a sentence ... the effect of this is that their social mobility will be stopped.

He continued by saying that Malaysia's decision to make tobacco use a crime runs counter to the global decriminalisation trend. 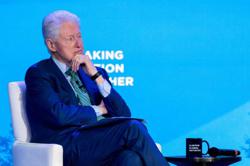