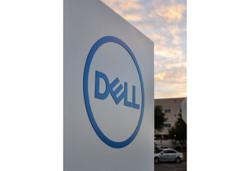 PLUS rest service area vendors, workers and community suppliers count on our support to survive.

IT may not seem like much but when you buy something from one of the 600 business partners at the rest service areas (RSA) along the PLUS North-South Expressway, you are not only helping the vendors but igniting hope for their workers and their families, as well as local suppliers many of whom are from nearby B40 communities.

These stall owners are finding it hard to survive as business is down by 60% to 80%, severely impacted by travel restrictions and closed state borders.

Extend a hand of support so that they can have better days ahead. Here are their stories: 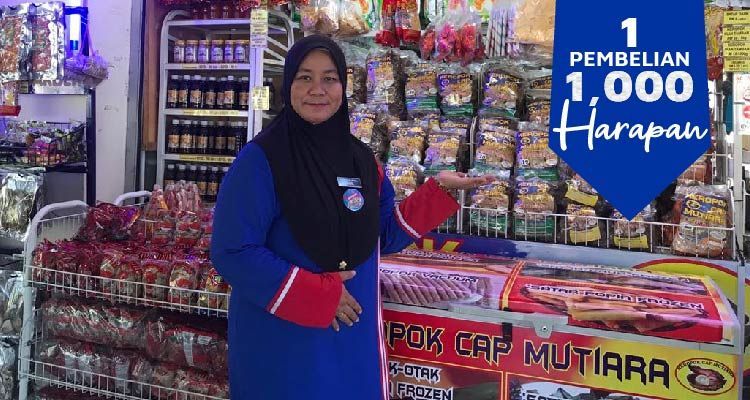 Nur Akmal Alias’ keropok lekor business is down by 90% as people are not allowed to travel. – Photo taken before the pandemic.

Who would have guessed that Nur Akmal Alias, 40, was a qualified software engineer?

She became one of the pioneer business owners at the RSA in Perasing, Chukai, on the way to Terengganu, selling keropok lekor (a type of fish cracker) under the Mutiara brand in 2014.

To run her own business, she even turned down an offer to pursue a Master’s degree in Britain.

Her business grew steadily and at its peak in 2019, she had more than 40 customers a day, especially during weekends and festivals when her stall was open till midnight.

These days, she would be lucky to have five people buying her keropok lekor and her stall closes for the day just before it gets dark.

“Sales are down by almost 90% due to the pandemic as people are not allowed to travel. I still retain my three employees who now work in shifts. I really pity them if I were to shut down operations so it has never crossed my mind to give up,” said Nur Akmal who has three children aged eight, 11 and 18, and maintains a cheerful outlook despite the bleak circumstances.

Her bestseller is the fish cracker made from tamban fish.

“The taste is really quite special, and my family’s homemade products are certified halal by Jakim,” said the eldest of 10 siblings.

To make ends meet, Nur Akmal has shifted her focus online where she gets most of her business now.

“I’ve learnt a lot about managing my emotions and stress in the past one year. PLUS has been very supportive by halving the rent and arranging online courses for vendors.

“But what we need most are customers as even one single sale makes a difference due to its ripple effect.

“I’ve always believed that no matter how hard things get, after the storm comes the rainbow so I still trudge on in the hopes of better days to come,” added Nur Akmal. 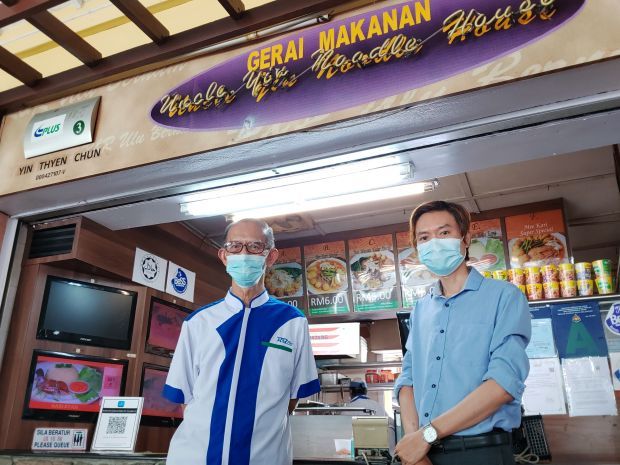 Yin Chee Kong with his father Yin Thyen Chun. ‘We are giving ourselves two years for things to improve,’ said Chee Kong.

Yin Chee Kong was just 18 when he first started helping out at his father’s stall in RSA Ulu Bernam (South) near Tanjong Malim, Selangor.

“My father, Yin Thyen Chun, then 45, took the opportunity to sell food at the RSA after a friend told us about it in 1994. I was working in Kuala Lumpur and later I relocated to help my father as he was getting on in age.

“My brother and I now take turns to look after the stall while my father drops by twice a week,” said Yin, who is 45 this year and has three primary school-going children.

There are seven workers who work in rotation.

The Uncle Yin’s Noodles stall is well-known for its mee kicap, and also offers curry laksa, noodle soup and rice with dishes.

“Gone are the days when we had up to 200 customers or more per day as currently, only lorry drivers and those working in the logistics industry ply the highway.

“The RSA used to be so lively and we enjoyed high traffic, but nowadays, we are happy to have 20 to 30 customers daily while weekends are even quieter,” he added.

A plate of noodles now costs RM6 which is still very reasonable compared with 27 years ago when it was RM2.30.

Despite his own difficulties, Yin feels sorry for his workers and has maintained their salaries.

“One thing this MCO has taught me is that you must have money set aside for a rainy day. Last year, after the first round of MCO it wasn’t so bad but now, we are dipping into our savings. We are giving two years for things to improve,” said Yin. 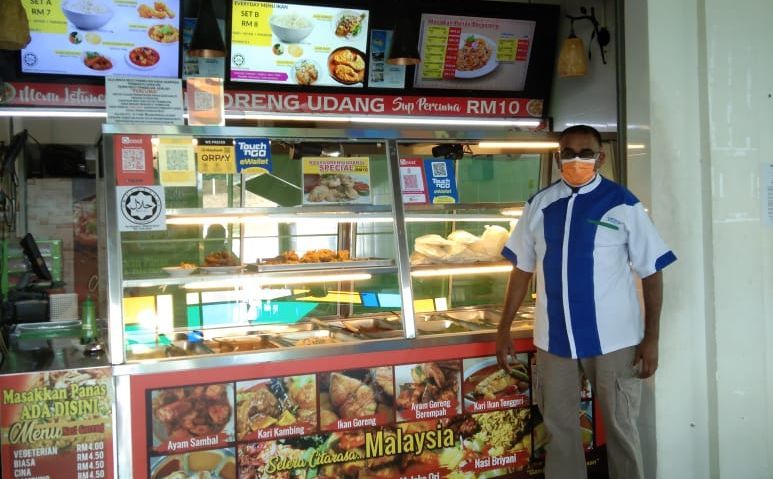 Chandran Vythialingam can barely sell 20 plates of nasi kandar in a day now.

After 17 years of hard work running his nasi kandar business in RSA Ayer Keroh, Chandran Vythialingam has successfully established a name for himself, and his stall is well-known for its nasi goreng udang (prawn fried rice) and nasi goreng kambing (mutton fried rice).

“I consider my staff to be my strongest asset as it was thanks to their hard work that we managed to do so well. During peak season such as festivals or holidays, we served up to 500 diners per day and didn’t even have time to sit down to eat.

“These days we can barely sell 20 plates of rice in a day but I am not giving up when I think of my workers who have stuck by me through thick and thin.

“The price of ingredients has increased, especially oil and eggs, and the supply chain is also problematic as you need permits to cross borders. On the other hand, I can’t just raise the price of my food as we depend fully on the lorry drivers who stop at the RSA,” he said, adding that regulars get a loyalty card which entitles them to a discount.

Six of his fellow RSA vendors have already folded and on the day of this interview, Chandran said that only four shops were open for business.

“The challenge now is staying afloat. I try to reduce costs by offering more a la carte dishes instead and opening staggered hours. I’ve had to cut my workers’ pay but they are happy to still have a job. I tried to look at other ways to do business like using food delivery services but for an RSA stop, it’s just not feasible.

“As an entrepreneur, I used to focus on how to make my business more profitable. With this pandemic, we have to help each other, and I try to contribute to food banks when I can.

“This is one of the many challenges which life throws at you and while we don’t know when the end is in sight, hard times won’t last forever. I hope people will still support the RSA along the highway when we can travel again,” said Chandran. Nizamuddin Ahmad with his labu sayong (water calabash). He is not able to open his shop because his ware is not considered essential. – Photo taken before the pandemic.

“In the past, it was only quiet during the fasting month. Now, it feels like RSA stalls are hidden away in a corner and people have forgotten us,” said Nizamuddin Ahmad, 54.

This is the first time in 28 years as a PLUS business partner that Nizamuddin has not been able to open for business. This is because selling labu sayong (water calabash), mats and bamboo handicraft is not considered essential services.

“Still, it is a blessing to take a break and do some farming in the last two months,” he said.

Nizamuddin has been involved in the craft industry for over two decades, and has received recognition from Tourism Perak for promoting local arts and crafts.

“People used to think operating a shop in the north-bound RSA Sungai Perak was akin to having a gold mine. People would travel from afar just to buy my labu sayong from Sungai Perak – we were that famous!”

Three of his five workers have stayed on. His older son, aged 24, is following in his footsteps and helping him at the shop while his younger son, aged 20, is in university.

“My suppliers are also having a hard time as the villagers can’t supply the products and there are not enough buyers.

“The bulk of my sales come from the RSA as my business is still old school and hard to make the transition to online.

“PLUS has been managing the RSAs very well and all the SOPs are in place so customers can shop safely,” said Nizamuddin.

When the country advances to Phases 3 and 4 of the National Recovery Plan, local travel will surely pick up. So if you ever find yourself on the PLUS highways – especially now due to vaccination appointments or other essential travel purposes – do stop by the RSAs to support our local vendors.

You can even use the #OrderDiSini feature on the PLUS mobile app, downloadable from Google Play Store and Apple App Store, to order ahead. 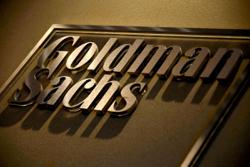