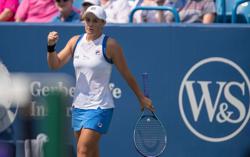 The pair battled through the 23-minute tiebreak under hot and sunny conditions inside Louis Armstrong Stadium as Swiatek saw her 5-2 lead in the breaker evaporate when Bencic won four straight points, with each player making unforced errors.

Bencic, seeded 11th, got the early momentum in the second set after breaking in the fourth game as Swiatek, who won the French Open in 2020, began to fade.

"In the tiebreak it’s always a little bit about luck," Bencic said. "I started the second set a little bit more relaxed."

An exhausted Bencic raised her hands in triumph after two hours and seven minutes, reaching her third U.S. Open quarter-final in the hunt for a maiden major after triumphing in Tokyo.

"I feel like I’m tested every match," she said. "Definitely today it was more challenging for me." 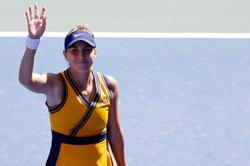