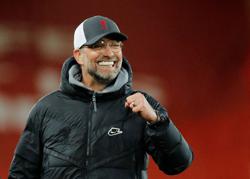 Long-serving ASUM secretary Edwin Chong will not seek re-election in February due to his cancer treatment.

KUALA LUMPUR: Edwin Chong, the driving force behind Malaysia’s rise in world diving, is calling it a day as the secretary of the Malaysian Amateur Swimming Union (ASUM).

Edwin, who is one of the longest-serving secretaries of a national sports body in the country, is currently undergoing treatment for kidney cancer.

Mae Chen, who has served as an assistant secretary to Edwin, is now tipped to take over after ASUM’s annual general meeting in February.

The 65-year-old Edwin first became ASUM secretary in 1997, but he was replaced by Bang Toh Hoo in 2000. Edwin, however, made a comeback after the 2001 SEA Games in Kuala Lumpur and has been serving in the position since then.

Edwin recently relinquished his position as secretary of the Kuala Lumpur Amateur Swimming Association. He is also expected to give up his seat in the FINA technical committee as well.

Edwin will also resign as assistant secretary of the Olympic Council of Malaysia (OCM). He was elected to the post last year.

Edwin said he found out he had cancer on his return from the Incheon Asian Games in South Korea in October.

“I’m now under medication. It was really tough at first, but I’m slowly adjusting. I am not in a fit position to handle the duties of a sports official due to my condition.

“I wanted Mae to take over two years ago but she declined. But this time I hope she will accept the recommendation. I will miss serving ASUM after being there for so long,” added Edwin.

Edwin, however, is happy to leave ASUM in good hands.

“We have won medals at all levels internationally in a short period of time. We sent our divers to the SEA Games for the first time in Chiang Mai in 1995 and then our first Asian Games in Busan in 2002. We are now the main contributor for medals in these Games and I hope the good work will continue,” said Edwin.