When it mattered most, Ainaa delivered the winning point to help Malaysia beat Japan 2-1 in the quarter-finals at the National Squash Centre in Bukit Jalil yesterday.

The score was 1-1 when Ainaa stepped into the deciding game.

Ainaa, 19, playing in her first senior event felt the pressure on her shoulder to deliver the goods but stayed cool to blitz past Rafu Takahashi 11-3, 11-2, 11-5 in just 16 minutes.

Earlier, reigning Malaysian Open champion Aifa Azman delivered the first point when she beat Risa Sugimoto 11-4, 11-4, 11-5 but Rachel Arnold could not seal the tie quickly when she lost to Satomi Watanabe 5-11, 2-11, 4-11.

Ainaa was happy that she saved the day for Malaysia.

“I was under pressure. All eyes were on me as I was expected to win the point as that would determine whether we get into the final,” recalled Ainaa on how anxious she was before the match.

“But the coaches spoke to me and gave me lots of encouragement. Through match analysis, they told me that I could beat her.

“When I played my game, it didn’t seem too difficult. I didn’t complicate things and got the win. Now, I have the belief to give my all in the final.”

Aifa was also brimming with confidence and was determined to win another title for the country after her success in the home tournament.

“I am on a good momentum and the win against Sugimoto was important before the final. I will go all out to win the opening tie to reduce the pressure on the team,” she said Aifa.

Malaysia face Hong Kong today, who beat India 2-1 in the other semi-final.

Meanwhile, in the men’s semi-finals, Malaysia put up a top performance to beat Japan 2-0 to set up a final date against India.

Eain Yow summed up their performance as flawless and hoped to replicate it in the final.

“Ivan gave us a good start. We came prepared, and it was good to wrap it up in just two matches,” said Eain Yow.“I can only say it was flawless. We’re fired up to win the title.” 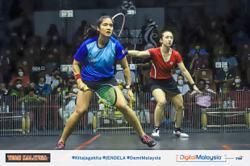 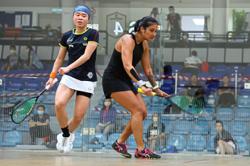