PETALING JAYA: The 20th Asian Team Squash Championships finally gets under way today after being delayed for more than a year.

The Covid-19 pandemic certainly wreaked havoc on the international squash calendar with the Asian meet that was supposed to be held last year put on hold.

The Squash Racquets Association of Malaysia (SRAM) are relieved to be able to play hosts at the National Squash Centre in Bukit Jalil.

The event will be SRAM’s second triple header after the Malaysian Open last week and the Men’s World Team Championship next month.

It will also be the first international team squash event after a while with 12 men’s teams and eight women’s teams signed up.

“It has been really tough trying to put this show together. From getting the government’s clearance and to ensure teams get their travel visa,” said SRAM director Major (Rtd) S. Maniam.

“There were also the quarantine requirements but I believe we have ridden the wave and we’re very happy to receive the support from everyone.

“We are also very thankful to all the participating nations who have entered and underwent the difficult situation in getting here.”

India, led by Malaysian Open winner and world No. 15 Saurav Ghosal, start as the top seeds and favourites as they seek their maiden title.

India are drawn in Pool A together with Pakistan, Japan, the Philippines, Iraq and Indonesia while Pool B have Malaysia lining up with Hong Kong, Iran, South Korea, Singapore and Sri Lanka.

In women’s competition, defending champions Hong Kong are the top seeds and are in Pool A with Japan, South Korea and Sri Lanka.

Second seeds Malaysia, fielding a young squad, are in Group B with India, Iran and the Philippines.

“Malaysia are seeded second for both men’s and women’s events and our target is to get into the final. With the girls’ current form, we are certainly hoping to score an upset and hopefully take the title this time,” said Maniam.

For the record, the men’s team have won three times, with the last victory in 2008. Their female counterparts are record nine-time winners although the last title they won was in 2016. 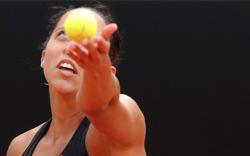