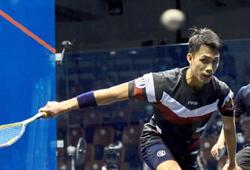 The former 2015 Under-13 British Junior Open champion beat Vharshamithraa Dinesh 11-4, 11-3, 11-3 in the first round at the National Squash Centre yesterday.

Jessica can expect a tougher encounter today when she takes on fourth seed Chan Yiwen for a place in the quarter-finals.

The 19-year-old had surgery on her injured right knee late last year and certainly needs to work on regaining her form after the long lay-off.

Aifa Azman is the hot favourite to win the women’s competition. She has yet to lose on the Professional Squash Association (PSA) Tour, having won nine titles in nine finals.

The national No 4’s latest title was the SRAM PSA 5 last month.

Kedah-born Aifa is the top seed and had a first-round bye yesterday.

She will meet K. Sehveetrraa in the second round today.

In the men’s event, national No. 2 and top seed Ivan Yuen will be out to claim a second straight title following his win at the PSA 5 meet.

Ivan takes on Low Wa Sern in the second round. 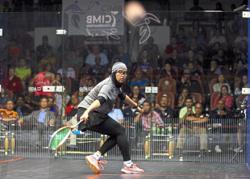 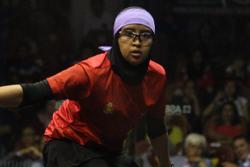 Early exit for Ivan despite valiant fight
Bring on the best
SRAM to meet state bodies over funding issues related to dropped players
Rachel fancies chance of reaching at least third round in Cleveland
NSC: We have not closed door on Wee Wern
Wee Wern turns down SRAM offer, will seek own funding
NSC make it clear that Wee Wern not left out in the cold
Aifa ready to travel abroad on her own to gain experience
Sivasangari remains positive despite failing to hit top 25 target
Wee Wern down but not out for long after shock exclusion