PETALING JAYA: Ng Eain Yow is back to winning ways after a three-month break.

The nation’s No. 1 squash player defeated Egyptian wild card Ahmed Wael 11-4,11-6,11-2 in the first round of the Black Ball Open in Cairo, Egypt.

He will now take on another Egyptian in world No. 3 Tarek Momen in the second round today.

The 23-year-old returned to his Bristol base in England end of last year to train under Hadron Stiff and was pleased that his efforts are beginning to bear fruit.

Eain Yow has steadily climbed up the world rankings since making his Professional Squash Association (PSA) Tour debut in 2014 as a 16-year-old and is now ranked a career high 26th.

“It was a little trickier than it seems. But obviously playing a wild card in Egypt, it’s always going to be tough and especially with the home crowd here, he was getting his game going, ” said Eain Yow.

“I got a little nervous at some stage but I’m happy to get the job done.

“It’s a lot of positive self-talk in there and just telling myself that I can do it, trust myself and weather the storm.

“I believed in myself and I knew if I could execute my game plan, then I could get the job done, ” added Eain Yow, who lost in the first round at last year’s Black Ball meet to Egyptian world No. 16 Omar Mosaad. 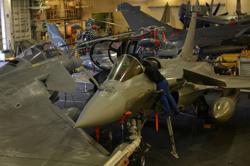 SportExcel the launching pad to stardom for Nicol
Wee Wern looks forward to better results on court after ICL surgery
Watch your back, Ivan
Kedahan happy to welcome Ramadan with pro title
Kah Yan, Aifa stun favourites to enter squash final
Wee Wern and Rachel storm into semi-finals
Ivan gets the ball rolling as seeded players make winning starts
Tweaked pro squash tourney gets underway after more than a year
Squash’s Azman sisters can’t wait to get back into action after long layoff
Wee Wern finally gets to play in pro tourney after more than a year