This year, she may not even make the cut to the team.

Now, the 19-year-old Yiwen, ranked 88th in the world, is up against the likes of Rachel Arnold, S. Sivasangari and Aifa Azman, besides her junior teammates, for three places in the four-member team to the Asian meet. National No. 1 Low Wee Wern is assured of a spot.

With Malaysia being the hosts, SRAM are certain to choose only the best players as they want to win both the men’s and women’s team titles.

“My chances of making the Asian team are really tough but I am still my keeping my fingers crossed for any possibility, ” said Yiwen.

“I started sparring on the courts last week and I need to train as much as I can for the National Championships in October.

“Last year, I reached the semi-finals before losing to Wee Wern but this time I hope to defy the odds and reach the final.

“Who knows, by reaching the final, I might just be considered for the Asian team but it will all depend on the SRAM, ” said Yiwen, who won the Under-19 Junior Asian Championships title in Macau last June.

The Asian meet will be a good tournament for the women’s team gearing up for the World Team championships, which Malaysia will also be hosting in Bukit Jalil from Dec 15-20. 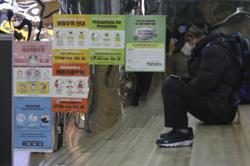 Two men down, now Sivasangari goes for Addeen
Eain Yow hoping tournament in Cairo gets nod
Squash meets KOed by CMCO
Jessica finds perfect role model to bounce back from injury
Eain Yow just not good enough for world No. 1 Ali
Eain Yow passes test of character against James
Eain Yow breaks sweat to clear first hurdle in Doha
Low expectations when it comes to competing abroad
Sivasangari out to get even with Wee Wern
Ivan, Wee Wern earn it!