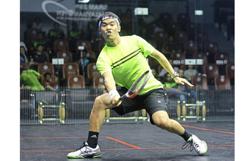 MALAYSIA reached their seven-gold medal target in the Asian Games, thanks to the heroics of the men’s squash team.

The team of Mohd Nafiizwan Adnan, Ng Eain Yow and Ivan Yuen were ranked lower and but they fought valiantly to upstage top seeds Hong Kong 2-1 in the men’s team final at the Gelora Bung Karno Squash Stadium last night.

Then, world No. 40 Nafiizwan raised hope when he dived and battled hard to retrieve every shot and fought courageously to give Malaysia a lifeline by beating Hong Kong’s Max Lee 11-9, 11-7, 11-7 in just 33 minutes to level the score 1-1.

It was a sweet revenge for the Malaysian after losing to the world No. 19 in the singles semi-finals earlier in the week due to fever. And the sensational win by Nafiizwan sparked a fierce fightback from the world No. 44 Eain Yow as he claimed the biggest success since his world junior title triumph in 2016 by beating Leo Au, ranked 23 places above him, 11-7, 11-7, 11-4 to secure an unexpected gold medal for Malaysia.

The men were not expected to win as the women led by Nicol David were seen as the favourites. While the women crashed out unexpectedly in the team semi-finals on Friday, the men redeemed the battered pride.

Hong Kong had all three players ranked inside the top 25 and they certainly did not expect the Malaysian team, only ranked third, to come out fighting.

Malaysia had claimed silver twice in the men’s team event in Guangzhou (2010) and in Incheon (2014).

Malaysia thus finished the squash competition in Jakarta with two golds, one silver and two bronzes.

Nicol David claimed a record fifth individual Asian Games gold medal after beating S. Sivasangari in an all-Malaysian women’s singles final but failed to make it a double for Malaysia in the team event. They settled for a bronze after a shocking 0-2 defeat at the hands of India in the semi-finals on Friday.

Yesterday, Hong Kong’s women took the gold after beating India 2-0 in the final. 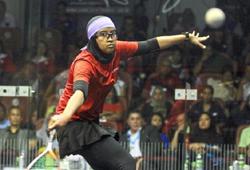