TAKE nothing away from national diver Pandelela Rinong as she has once again put Malaysia on the world sporting map.

Her success in winning the women’s 10m platform individual gold at the Diving World Cup in Tokyo on Wednesday is no doubt a big boost to the Sarawak-born diver ahead of her fourth Olympics campaign in two months time. 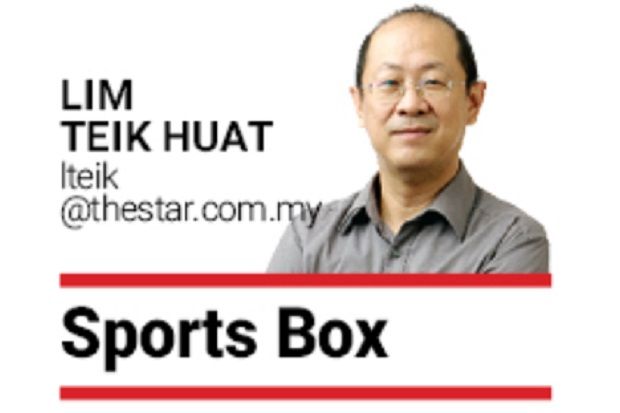 At 28 and looking at possibly her last Olympics outing in Tokyo, Pandelela will no doubt try her level best to add to her Olympics medal collection, which comprises of one silver and one bronze from Rio de Janeiro and London respectively.

But we must not make the mistake of assuming that everything is fine and dandy in Malaysian diving because of her wonderful golden achievement. Honestly, her sole effort does not really tell the true state of where we stand in the world of diving.

The Olympics qualifying campaign for diving ended with Malaysia only managing to win five out of the 12 quota slots at stake – all of them coming from the women divers.

The World Cup campaign in Tokyo was honestly a disappointing outing for Malaysia. Only Cheong Jun Hoong, who is not even part o f the national diving team, managed to book an Olympics quota slot in the women’s 10m platform individual.

Jun Hoong is coached by former national coach Yang Zhuliang while the national team members are handled by Li Rui and Christian Brooker.

Mohd Syafiq Puteh may still earn an additional spot after finishing 23rd in the men’s 3m springboard individual but he will have to wait until next month to know of his fate when the world body Fina release the final list of entries for the Olympics.

Otherwise, Malaysia will have to be content with having no representatives in the men’s competition for the first time.

The outing is a yardstick of where our standard lies compared to the two previous Olympics cycles when Zhuliang was in charge.

It took Zhuliang two decades to build up Malaysian diving from nowhere into a force to be reckoned with and it was at the 2012 London Olympics where we won 10 out of the 12 slots at stake.

It would not be a bad idea if the Youth and Sports Ministry and also the National Sports Council can help fix the declining standards in Malaysian diving.

After all, they are already funding the entire training programme and they do have a say in the hiring of coaches.

It is a worrying sign when Malaysia are still counting on the seniors like Pandelela, Mun Yee and Jun Hoong to deliver while the younger divers are far from competitive when it comes to taking on the world.

We are already behind the Japanese and Koreans if the World Cup performances are of any indication.

We don’t want to see the day when Malaysia will no longer be able to count on diving to deliver even at the SEA Games stage.

Calling for solidarity as Vietnam make surprise move to postpone SEA Games
Osaka’s boycott at French Open shows the times have changed
Eyebrows raised as Olympics participants told to attend at their own risk
Bureaucracy and blunders – illnesses for which there are no shots
Milo – tale of a brand that continues to make sweet aroma in Malaysian sport
Time for our male divers to step up to the plate in World Cup
In-form Devils will outshine Reds in entertaining tie
Power of people overpowers greed and racial discrimination in sports
Red-letter day for United and Liverpool
Can Tokyo Olympic Games stand firm on shaky ground?