Maradona’s no saint but he’s the people’s footballer

IF you follow and love football, you will love Diego Armando Maradona. 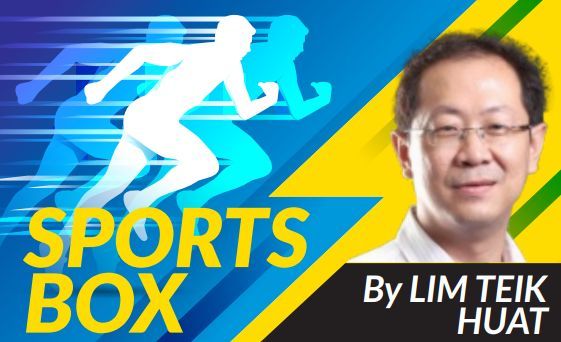 And for myself, his death due to a heart attack just three weeks after he turned 60, represents the passing of a glorious era.

I was a teenager growing up in Penang and kicking a ball around with my schoolmates before and after classes, when Maradona was in the height of his stardom.

That was also the time when I would walk to the bookshop opposite Penang Prison weekly to get the Shoot magazine World Cup special edition on the World Cup.

It was in 1986 when Mexico was the host of the World Cup that we Malaysians, including myself, really witnessed the magic of Maradona and what he was capable of conjuring with his magical feet.

It was in the early hours of the morning before I managed to catch the morning bus to my school that I saw Maradona score two of his most famous goals against England in the quarter-finals, scoring one with his hand which was not spotted by the officials, before scoring perhaps the greatest goal in World Cup history, four minutes later.

Maradona single-handedly knocked England out of the World Cup. To this day, some English players on the field and more so their fans, still hold grudges against the Argentinian.

Maradona played the captain’s role to perfection, bringing the World Cup back to Argentina soil, cementing his status as the national hero and perhaps in the eyes of some, a footballing god.

Football enthusiasts worshipped him for his genius with the ball but his demons also almost destroyed him.

The low point as a World Cup follower for me was the misery his fans witnessed when he was kicked out of the 1994 edition in the United States for doping.

Years of drug use, overeating, and alcoholism shortened his football career and changed his appearance from slick and stout athlete who could have easily left his bewildered defenders in his wake, to a bloated addict who nearly succumbed to cocaine-induced heart failure in 2000.

Despite what the critics may feel about his poorly-run life off the pitch, his football was magical.

His ability to inspire and entertain were there for all to see.

Maradona is also an inspiration to the common people in the streets as someone who rises from extreme poverty in Buenos Aires to become a world ambassador for his sport.

In an interview, Maradona said football was his salvation, helping him to bring his family out of the poor neighbourhood surroundings before leaving for a world record transfer fee to Barcelona in 1982.

It is not a surprise in this age of social media addiction that a 1989 video of Maradona’s pre-match juggling abilities has immediately gone viral not long after his death.

It is a reminder of his ability to give happiness with his feet and the realisation that maybe no one will ever come close to matching the quality Maradona possessed on the field.

I for one, salute Maradona for the joy and ecstasy he has brought to his fans. Match-fixing – or nyabon – is for born losers
Hope springs eternal and it’s the lift that Malaysian sport needs
Shalin – legends never die, they move on to bigger things
May our positive visions for 2021 go viral
Good coaches can be smashing figures wherever they choose to be
Toffees expected to keep toothless Gunners at bay
Let’s rally around grounded Flying Sikh
Ignore pain, remember resilience! It's not a year to forget in sports
Can toothless Arsenal stop in-form Spurs in North London Derby?
Still our heroes – coaches with heart and Seoul