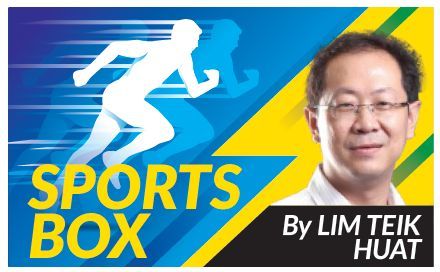 MOTORSPORTS is a cruel and brutal sport.Our riders Hafizh Syahrin and Khairul Idham Pawi will find out soon enough if they don’t buck up. If they fail to get back on track, there is a huge possibility no Malaysian will feature in the MotoGP world championship next season.

The MotoGP world championship is the pinnacle of two-wheel racing and it is every rider’s dream to make it there.

With the championship now into the second half of the calendar, it is also the time when teams finalise their riders for the new season.

In the next few weeks, there will be a lot of speculation on who goes where. And teams will only choose the best and the toughest to justify their commitments to sponsors and not be swayed by personal sentiments.

Currently, Hafizh is still the best rider Malaysia has to offer but it looks like he will find it tough holding on to his Moto2 seat unless he starts to make an impression in the next six races.

The way things are at the moment, the Aspar Racing rider will need to start looking for a new team.

Petronas Yamaha Sepang Racing Team principal Datuk Razlan Razali offered a lifeline to Hafizh with a promise of a spot in his team next season if Hafizh can make the top five overall.

This looks increasingly difficult as he is now 19th with just 17 points. Hafizh has only finished in the points twice in his eight races thus far.

He missed the race in Misano last month after he was involved in a high-speed crash at the Red Bull Ring circuit in Austria.

Razlan wanted Hafizh to continue competing in the world championship through his participation in the intermediate class with the hope that he can return to the premier class in 2022.

It is not an easy proposition given that a seat, especially in MotoGP and Moto2, is hard to come by.

Meanwhile, Khairul or Kip may have sealed his fate with the team.

The Petronas rider was on the receiving end when Razlan took to social media to voice his dissatisfaction with the rider for not attending a motocross training session with team members Fabio Quartararo, Xavi Vierge and John McPhee.

Instead, he went out cycling with Hafizh.

There were divided opinions among fans who criticised Razlan for not keeping things within the team while others asked what happened to Khairul who once set the track alight with two stunning wins when he first came on the scene in 2016.

“I’m not surprised with the criticisms aimed at me. But when I was in Spain for three months, I saw with my own eyes the different mentality between our riders and the Europeans,” said Razlan.

“Our team have six riders and apart from Khairul, everyone showed improvement.

“We gave the same (facilities) to everyone. When there are no results, we just have to work harder.

“In this business, there are a lot of talented riders out there but the question is how many are willing to give a strong commitment and show a high level of discipline?”

Indeed, without discipline and commitment, it’s hard to be successful.