Stop complaining and get to work

TAKE a moment to analyse how much you complain in a day, and I’m sure you’d probably come out of it very surprised.

It could range from “the coffee is too hot; traffic is horrible” to “you forgot your phone charger, you had to wait in line” etc.

All these could be minor complaints but I believe it can turn into a habit in every aspect of our lives. 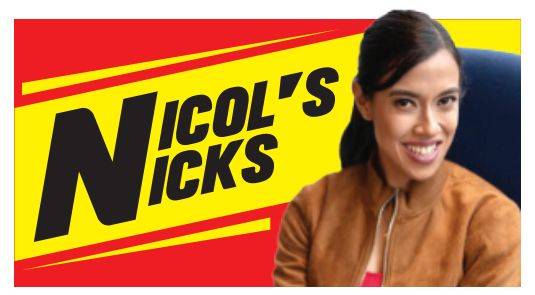 We don’t get what we want if we keep on complaining because it takes our time away from doing something about it.

We usually stop taking action because complaining is easier than getting things done.

Have you realised how we tend to recognise the people in our family or work place who are always complaining?

This group of people are always criticising, saying nothing is good enough, comparing themselves to other people or places and creating a negative environment.

When I started on my professional tour, one of the main things I learnt was to surround myself with same-minded positive people like me.

I remember I had to go for a tournament in Egypt once and some of the players were complaining about everything.

The courts were too far from the hotel; the food was not good for them; the buffet breakfast was not a good spread; the organising team was a disaster; the shuttle service was never on time; to name a few.

I remember being so surprised with them because of the lack of appreciation.

When I was growing up, my family always taught me the value of being thankful.

Back in the day when I was training as a junior in Penang, we had public courts not a fancy squash club, the walls of the squash courts were peeling off and the white layer of paint would constantly come off, but it was the most amazing place to be.

It was my world and I loved everything about it.

Appreciating what we have for some reason seems to be the hardest thing.

I believe that when you practise to be thankful for what you have, you start to see the glass half full.

In 2013, I decided to push my physical endurance to a higher level because I wanted to get my eighth world title by 2014.

I knew that if I built my body stronger, I would be able to maintain my level for one full year. Therefore, I was given a new physical training programme that was a “killer” and which was aimed basically at making me “superhuman”.

It was by far the most painful couple of months I had to endure in my life.

Every day I didn’t know if I would survive. Yet, believe it or not, I never complained.

I just shut down all the external factors that would derail my focus and aim. I took each day as it came and did the hard work.

I refused to listen to people saying that I was crazy for attempting this training, I just decided to be around people who believed in what I was doing and what it would bring in the future.

Breaking the habit of complaining is a game changer in life.

I believe we can learn to appreciate what’s around us.

We can make a conscious effort to be grateful for what we have... it’s completely in our hands and if we choose to do so, there can only be endless possibilities ahead of us.