Coach Farrell expects Ireland to be ruthless against Italy (Reuters) - Ireland coach Andy Farrell has challenged his side to produce a ruthless and dynamic performance when they return to action for the first time in seven months to take on Italy in their rescheduled Six Nations tie on Saturday.

Ireland host the Italians in Dublin on Saturday at the resumption of the competition, on hold since March because of the COVID-19 pandemic.

“On the back of that, we hope to get some opportunities to play and be clinical. That’s what we’re hoping for, but obviously the Italians will have something to say about that.”

Ireland sit fourth in the standings but have two matches left to play, while England, France and Scotland above them have only one remaining fixture next weekend.

Ireland, who face France after taking on Italy, know that securing 10 points will ensure they win the tournament.

Farrell warned that Italy posed a threat even though they have suffered 25 successive Six Nations defeats since 2015.

“I’ve heard that they’ve had quite a few camps and their preparation would have been pretty good,” said Farrell.

“They have nothing to lose and I like the style of rugby that they want to play. They’re throwing the ball around and they’ll be dangerous on Saturday so they’ll have a shout in how we play as well.”

Saturday’s match will be contested without any spectators.

"We all know what kind of times it is. How we lighten the mood is look after our own back yard and make sure that the performance is fitting for what people want to see," Farrell added. 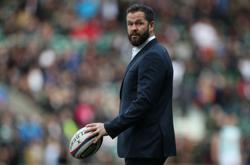