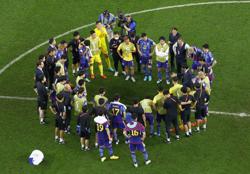 Hironori Aoki, who was arrested last month for suspected bribery involving another Tokyo 2020 executive, told prosecutors he handed Mori the cash over two occasions while the latter was head of the Tokyo 2020 organising committee, the paper said on Thursday, citing a person familiar with the matter.

Prosecutors also arrested former member of the Tokyo 2020 Olympics board Haruyuki Takahashi and two other executives on suspicion of bribery last month.

Mori, 85, was prime minister for just over a year from 2000 to 2001 and headed the Tokyo 2020 organising committee from January 2014 to February 2021, when he resigned after comments he made about women talking too much sparked uproar.

Reuters was not immediately able to reach Mori or his legal representative for comment. Mori denied receiving the cash to Sankei, the newspaper reported.

Mori, a powerful figure in Japanese sports, and Takahashi were central to Tokyo's bid to win the Olympics, a campaign that began in 2011.

Reuters reported in 2020 that a non-profit entity run by Mori was paid more than $1 million by the Tokyo Olympic bidding committee during the campaign to secure the Games. The largely unknown entity ceased all activity at the end of December 2020, it said on its website at that time.

A staff member at the institute told Reuters at the time that the money was used to hire a U.S.-based consulting firm and two consultants to support the bid. Mori later said he was not directly involved in the non-profit's finances and that he did not know about the money. 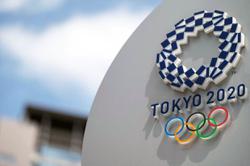