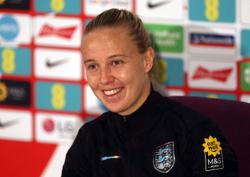 Nicol David in the quarter-finals of the Women's World Championship

PETALING JAYA: What is the hallmark of a true champion?

There are many factors but one of it is to continuously show improvement in the technique of the game.

Unfortunately, former squash international Ong Beng Hee feels that the lack of it is the golden rule that many professional players have disregarded in their careers.

Beng Hee, now the United States head coach, said that there were only so much one can do in terms of putting in physical load but a player can still fine tune their techniques at any age.

“You can’t keep improving physically all the time. A player needs to technically improve in order to stay at the top and this is something constantly done by top golfer Tiger Woods and our own Nicol David,” said Beng Hee who is back in Malaysia for a holiday.

“Woods and Nicol constantly work on their techniques so that they are ahead of others.

“The top squash players do this regularly. Paul Coll (of New Zealand) has been getting stronger and is able to battle with so many Egyptians to remain one of the leading players.

“Coll has talked about how wo rking under different coaches improved his squash knowledge and techniques and it had taken him to to where he is now.

“James Wilstrop (of England) may be 37 but on his day, nobody can take him lightly. He is someone who knows his game so well and still strives to improve his techniques.”

Coll, despite his huge potential as a junior, only became the World No. 1 in March this year, three months shy of his 30th birthday and last week, won two gold medals at the Commonwealth Games in Birmingham.

“It’s not about the age but understanding our own game and where we need to improve. This is where the top players don’t panic and they continue working towards their goal without worrying too much about age,” added Beng Hee.

“Most players these days, this includes the US players, go deep into analysing the details about their opponents. This is the common problem where they look at others rather than looking within themselves to improve.”

Beng Hee feels that the current competition at the top eight is so ferocious that anyone can win any tournament.

Egyptian Ali Farag leads the world ranking while Coll is a close second.

The top eight contains three more Egyptians – Mostafa Asal (No. 3), Tarek Momen (No. 6) and Mazen Hesham (No. 8) and another Egyptian – Mohamed El Shorbagy (No. 5) who is now representing England.

Peruvian Diego Elias, coached by Canadian legend Jonathon Power, has been holding on his own at No. 4 while world No. 7 Joel Makin has also made great strides this year.

With such intense battle at the top, what is the potential of Malaysia’s top professional Ng Eain Yow, ranked world No. 21?

“It’s tough top eight. They are killing each other and anybody can win in any tournament. There is a good balance of young players and veterans. But the younger ones are really pushing the older professionals,” said Beng Hee.

“As for Yow, he is doing alright in the top 24 and has been trying his best. If the Asian Games in Hangzhou wasn’t postponed, he would have done very well and it could have boosted his confidence.

“He is only 24 and has time on his side. Winning one or two big matches could change everything for him.”

Eain Yow had a decent outing at the Commonwealth Games where he lost to eventual silver medallist Makin in the last eight and lost the men’s doubles bronze medal playoff with partner Ivan Yuen.

He will compete at the Qatar Classic, a Professional Squash Association (PSA) platinum level tournament, in Doha from September 4-10. 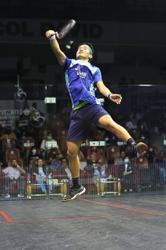 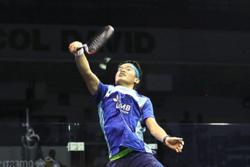