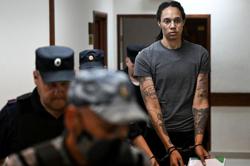 (Reuters) - The Kremlin said on Friday that the detention of U.S. basketball player Brittney Griner, who faces a prison sentence of up to 10 years in Russia if she is convicted on drug charges, was not politically motivated.

Speaking to reporters, Kremlin spokesperson Dmitry Peskov said that Griner had been found in possession of prohibited drugs, and that it was up to the court to reach a verdict.

The 31-year-old WNBA star arrived in handcuffs at a courtroom on the outskirts of Moscow earlier on Friday to face the charges, which were brought after authorities said they had found cartridges containing hashish oil in her luggage in February. 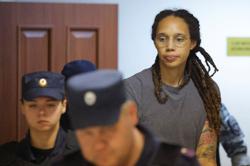