THE national contingent’s current sixth position in the medal standings has caught the attention of Youth and Sports Minister Datuk Seri Ahmad Faizal Azumu, who wants the situation to be looked at from every angle.

He said all parties, including the National Sports Council (NSC), athletes and national sports associations, should find a way to improve that in future Games.

“Of course, all Malaysians are disappointed because we are not at a higher position. We should not be contented with our sixth position at the Games. We must use the experience gained here to improve our performance in future Games,” he said.

Malaysia have bagged 36 golds, 40 silvers and 77 bronzes thus far to be placed sixth in the medal tally, with just three days to go before the curtain comes down on the 31st edition of the biennial Games on Monday.

Malaysia have finished among the top five in the SEA Games regularly, except for the one time they finished sixth at the 1983 edition in Singapore.

Meanwhile, Faizal was full of praise with the performance put up by 40 per cent of the athletes aged below 21 at the ongoing Games, and believed they would shine in future international championships.

“The Hanoi SEA Games is a platform for them to go even further. The exposure gained at the SEA Games is crucial for us to achieve more success in other multi-sport Games like the Commonwealth Games and Asiad,” he said.

Almost 58 per cent or 338 out of the 584 Malaysian athletes are making their debut at the biennial Games here to gain international-level exposure. 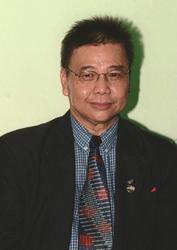