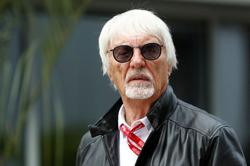 THE national poomsae taekwondo exponents will return with silver and bronze in only their second major competition in three years. And coach Yap Yih Ting is hoping the Hanoi SEA Games will not be the last big one for his charges this year.

At the Philippines Games in 2019, Jason and Hidayah had won the gold in the mixed pair poomsae but the hosts left the event out of the taekwondo programme this time.

Still, Yih Ting was satisfied with the performance of the four.

“Jason was entered for the men’s individual for the first time and he did well to finish second behind the host nation,” said Yih Ting.

“The women’s trio were also competing together in the SEA Games for the first time after our Asian Games bronze medallist exponent Sara Yap retired.”

Their next assignment is likely to be the Asian Poomsae Taekwondo Championships in Chungcheon, South Korea next month.

“A different format was used at the SEA Games here. The exponents performed in a round robin while it will be a knockout competition at the Asian championships, just like in the world championships and Asiad,” added Yih Ting.

Hosts Vietnam claimed four out of the five poomsae gold medals at stake this time.

Ahmad Nor Iman Rakib settled for bronze in the men’s 68kg event yesterday after losing in the semis. 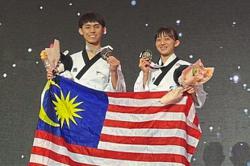