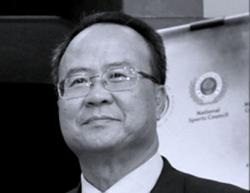 Will be missed: File photo of Datuk Seri Zolkples Embong during at the press conference after the KL SEA Games chef-de-mission seminar at Mandarin Oriental hotel in Kuala Lumpur in 2017.

Zolkples was reportedly found dead at his home in Pandan Indah, but the cause of death is not immediately known yet, said a statement released by the NSC earlier today (Sunday).

Apart from helming the NSC, he had also served as the secretary of Badminton Association of Malaysia (BAM) from 2000-2002 and chief executive officer of the 2017 Kuala Lumpur SEA Games organising committee (MASOC).

He has worked under several Sports Ministers and had genuine interest in the development of sport.

"We are shocked and sad. I had considered him as a mentor, brother and friend. He had contributed immensely to the Malaysian sport," said Shapawi.

"He lived his life deeply committed and immersed in his roles and responsibilities," said Dr Ramlan in his Facebook posting.

"We struggled together as colleagues working for progress and success in the nation's sport...we respected and held each other in proper measure of esteem and friendship. I will miss him truly."

Squash Racquets Association of Malaysia (SRAM) director Mejar (Rtd) S. Maniam said: "I've known Datuk Seri since TPCA/Raja Muda Stadium days. A man who was passionate about sports development in the country. He did a wonderful job as MSN DG and later as the head of SEA Games organising committee. A good and sincere person. Will miss you my friend."

1992: Director of the management division, NSC 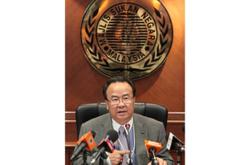 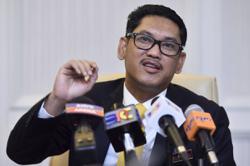