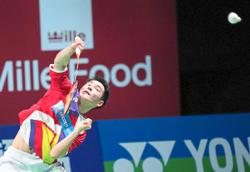 PETALING JAYA: After a year away from the octagon mat due to opponents pulling out, Malaysian-American Mixed Martial Artist (MMA) exponent Aaron Phillips will finally return to the cage at the UFC Fight Night: Costa vs Vettori on Oct 23.

He was expected to fight Kris Moutinho on Fight Night, but the 29-year-old announced that he was pulling out on Wednesday. The UFC, however, found another opponent in the form of Jonathan Martinez to take on Aaron.

Aaron, nicknamed The Model, has had to deal with lots of changes this year as he was supposed to fight Englishman Cameron Else on July 25 in the UFC Fight Night – Sandhagen vs Dillashaw, but that was cancelled.

But now, with Martinez confirmed, Aaron is looking forward to the bout.

“I was super excited to fight Moutinho, but he pulled out last Wednesday. So, I’ve got a new opponent now, which is Jonathan Martinez. I’m still excited about the fight, and it is a step up in competition than Moutinho,” he said.

“It can at times be challenging to alter a game plan with coaching and training partners. But fortunately for me, Martinez is a southpaw, similar to Moutinho. I don’t need to get new training partners. It’s going to work out for me in that sense.

“Martinez has got two main weapons. His left leg can give good low and high kicks. He has a pretty quick jab. Those are his best weapons. It’s my job to negate and counter those the best I can.”

And he certainly hopes the Malaysian love and support continues.

“I do feel like I’m very supported. I get quite a bit of messages. On Instagram, I get a lot of support from the Malaysian community. I appreciate that.”

Aaron said he has been participating in fight camps to prepare for fights, one of them being the Fortis MMA Camp in Dallas, Texas.

He said he had sharpened his skills with some of the best in the world, and his jiu jitsu and wrestling skills had increased.

Besides that, he has also worked with some talents in his own academy, Head Kicks, and when asked if he would bring Malaysian talents into it, Aaron said he was game for it.

“My cousin is about to start college and could come to the States. If he comes, he has no choice but to train in Head Kicks. That would be one Malaysian in our recruit. I’m open to bringing Malaysian fighters to Louisiana. I’m certainly hoping to help in any way that I can.” 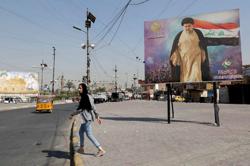