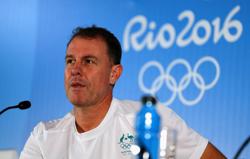 The slogan for the Beijing 2022 Winter Olympics, "Together for a shared future", is unveiled on a giant screen at a ceremony in Beijing, China September 17, 2021. REUTERS/Tingshu Wang

BEIJING (Reuters) - The Beijing 2022 Winter Olympics unveiled its official motto, "Together for a Shared Future", during a ceremony at the city's Capital Museum on Friday.

Chen Ning, director general of Beijing 2022's Culture and Ceremonies Department, said that the slogan was a commitment towards overcoming global challenges as a community with a shared future for mankind.

The motto was chosen after a lengthy process that included a total of 79 different proposals.

Earlier, International Olympic Committee President Thomas Bach said that the Games would -- like Tokyo 2020 -- require strict COVID-19 restrictions, with Chen adding that organisers were yet to decide if spectators would be allowed.

The Games will be held from Feb. 4-20, with Beijing set to become the first city to host both the Summer and Winter Olympics. 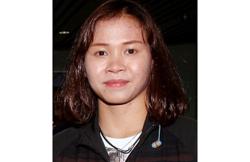