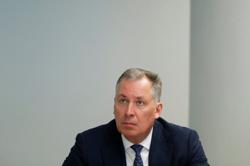 TOKYO (Reuters) - Brazil's hopes of retaining their Olympic men's volleyball title were crushed on Thursday after they lost a thrilling four-set semi-final to the Russian team at the Tokyo Games.

The Russians had beaten Brazil in straight sets in the preliminary round and advanced to the final after a 18-25 25-21 26-24 25-23 victory over the world's top ranked team.

Maxim Mikhaylov led the way for the Russians with 22 points and two blocks while Egor Kliuka added 15 points and Ivan Iakovlev 12.

Yoandy Leal had 18 points for Brazil.

Russian athletes are competing under the Russian Olympic Committee (ROC) flag at the Tokyo Olympics as part of sanctions for several doping scandals.

Mikhaylov, playing at his fourth Olympics, said it took some time for his team to settle into the match but that they never doubted they could win.

"It's incredible," he said.

"I think we were a bit nervous in the first set as this was the first semi-finals for some players, but we believed in ourselves."

Their victory comes after the ROC women's team lost to Brazil on Wednesday.

The Russians won gold in London but finished fourth in Rio after losing to the United States in the bronze medal match.

"Our aim for the final match is to have good atmosphere inside and to believe in each other," Mikhaylov said.

The Russians will face the winners of the second semi-final between Argentina and France later on Thursday.

The final is on Saturday. 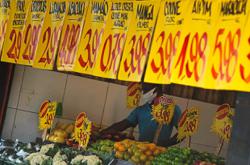 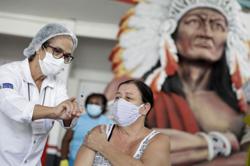