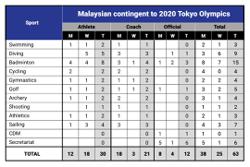 Out for a splashing time: The diving team will try to give giants China a run for their money.

PETALING JAYA: None of the Malaysian athletes at this year’s Olympic Games in Tokyo are clear favourites to win a gold medal, even cyclist Azizulhasni Awang.

That’s how close and keen the competition will be in the Games starting with the opening ceremony today.

On paper, Azizulhasni and a few others have a chance based on recent form and past achievements but they will have to bring their A-game and can’t afford any slip-ups in a Games already stretched with challenges amidst concerns over the Covid-19 pandemic.

Malaysians are waiting with bated breath for their athletes to deliver the first-ever Olympics gold but it’s not going to be handed on a silver platter. 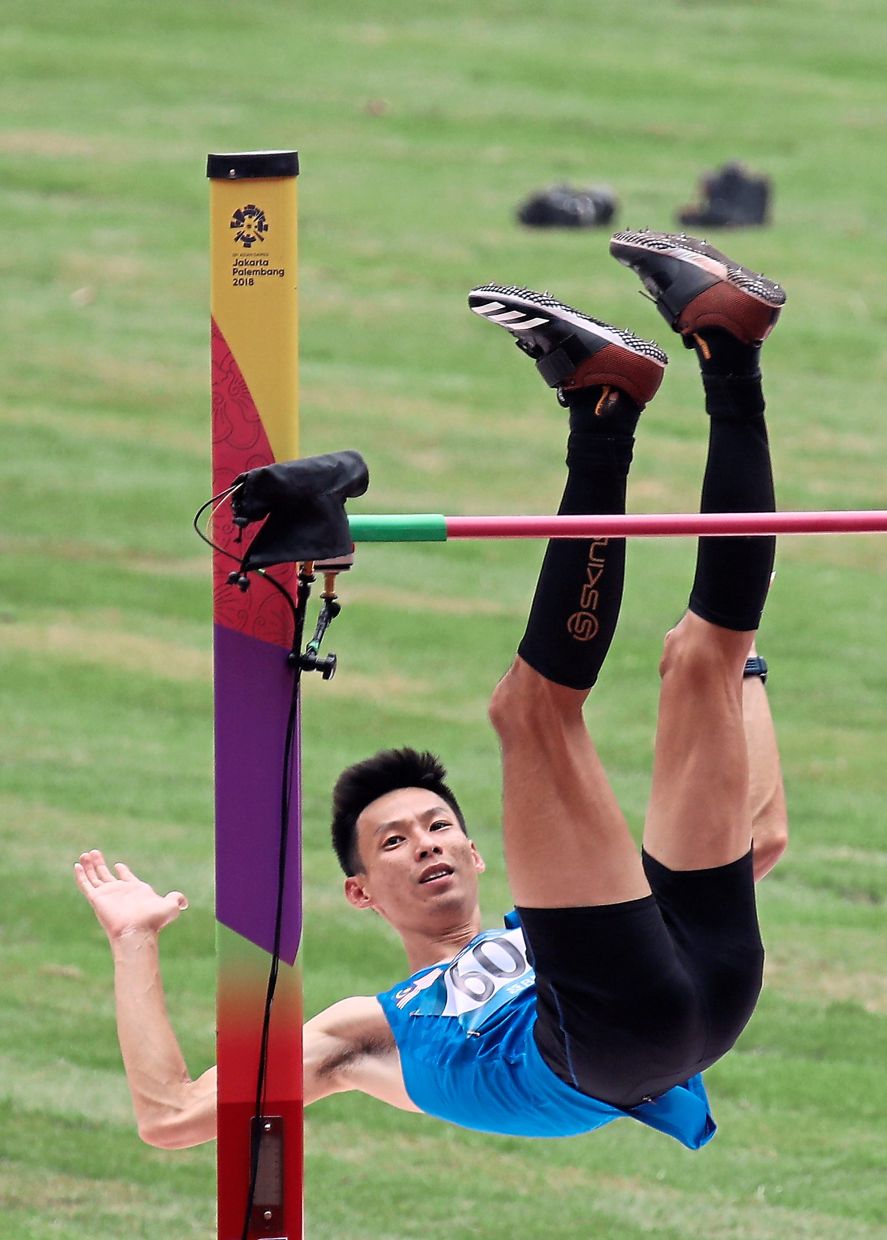 Never say die: Lee Hup Wei and shooter Nur Suryani Taibi (below) have an outside chance of making it a memorable outing.

The nation have set a target of three medals to come from cycling, diving and badminton.

In a sport which is technical, tactical and dominated by the towering Europeans, Azizul knows the high standard that he has to bring into keirin and sprint events to match some of the best from Holland, England and Germany.

The good news is that the Melbourne-based Azizul is ready and does not fear his rivals. The 33-year-old from Terengganu, who was recently conferred a Datukship, has a good bike, the self-belief and the ability to take on anyone.

The Rio de Janeiro Olympics bronze medallist will have an equally determined teammate in Mohd Shah Firdaus Sahrom for company in Tokyo, and together, under the guidance of coach John Beasley, they are hoping to bring glory for the nation in cycling.

In diving, China will be the main stumbling block for our girls Cheong Jun Hoong, Pandelela Rinong, Leong Mun Yee, Wendy Ng Yan Yee and Nur Dhabitah Sabri. Jun Hoong has shown that the Chinese are beatable when she beat them to the world title in 2017. 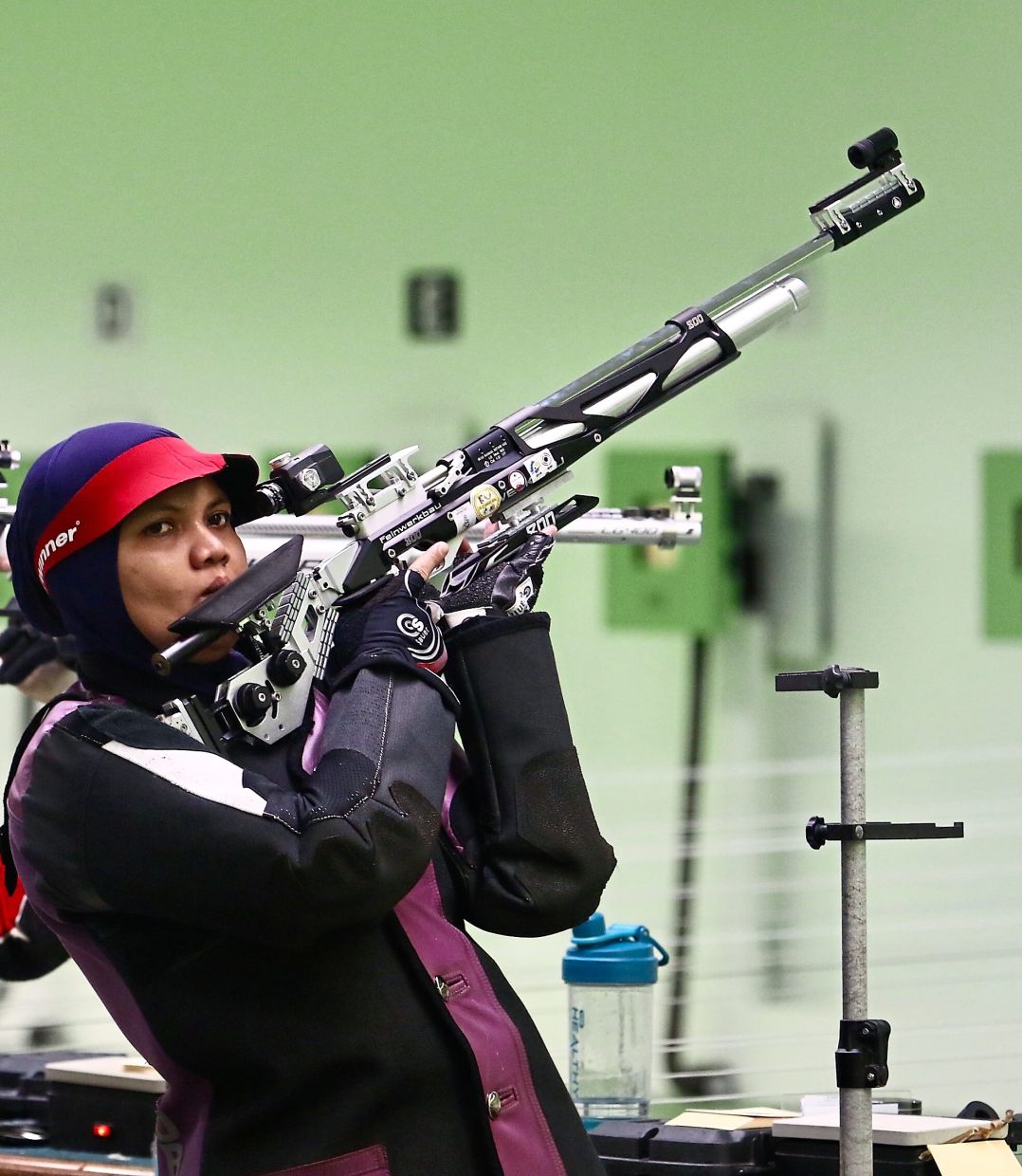 The hopes will also be on Rio Olympics silver medallists Jun Hoong-Pandelela to splash to success again but in different events. Jun Hoong is only taking part in the 10m platform while Pandelela will team up with Mun Yee to show their silver medal effort at the World Cup this year was not a fluke.

While having complete confidence in our divers, coach Yang Zhuliang underlined the supremacy of China when he said: “They are strong and the only chance for others to win is when they slip up.”

Malaysia’s dependence on Lee Chong Wei for 12 years is over in badminton, and now the baton has been passed to the younger players, Lee Zii Jia and Aaron Chia-Soh Wooi Yik, to keep the tradition going.

These players are determined although their paths are mired with tricky and tough opponents from hosts Japan, Indonesia, Denmark, China and South Korea.

The 23-year-old Zii Jia has beaten two top players – Kento Momota of Japan and Viktor Axelsen of Denmark – en route to winning the All-England in March this year and that has sparked hope for at least a medal. Will he be able to rise to the biggest event of his life?

“You can never underestimate a first-timer. Olympic Games are full of surprises, anything can happen,” said Malaysia’s chef de mission Chong Wei.

Then there is the independent shuttlers Chan Peng Soon-Goh Liu Ying, who were the surprise mixed doubles silver medallists at the Rio Games, determined to go one step better in what could be their last Olympics. Peng Soon is the oldest player in the mixed doubles at 33, but he has vowed to keep pace with the younger ones.

There are a few others with an outside chance of making it a memorable outing, which includes Khairul Anuar Mohamad (archery), Nur Suryani Taibi (shooting) and Lee Hup Wei (athletics).

The talented Khairul, who is a world championships silver medallist, can win a medal while it will be an achievement for Suryani to reach the top-8 final and for Hup Wei to make the top-12 final.

On paper, it looks tough to win a gold or even medals of other colours but based on the athletes’ determination and tireless preparation under a challenging time, one can only keep the faith. 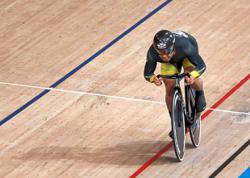